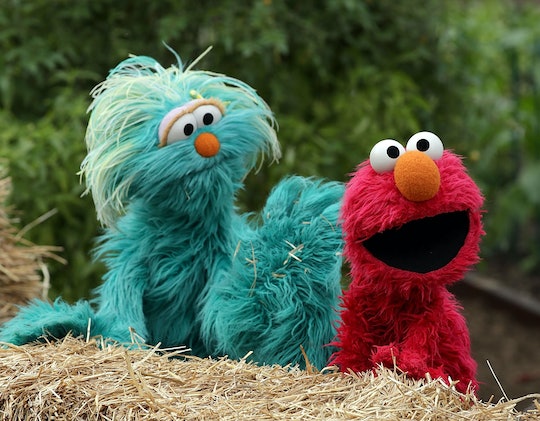 These Shows Are At The Trump Budget's Mercy

There was a time in my life when my days revolved around PBS kids shows. When I was a kid (brace yourself for how hokey this sounds), my milk and cookies were eaten in perfect time with the Sesame Street theme song. Then I had kids, and we watched Arthur, Caillou, Thomas and the Tank Engine... you see where I'm going with this one. The list of kids' shows that will be affected by Trump cutting public media is lengthy, and prestigious, and just so, so wrong.

White House Chief Budget Director Mick Mulvaney announced the Trump administration's proposed 2018 budget on Thursday. In a nutshell, the "America First: A Budget Blueprint To Make America Great Again" plan wants to funnel more federal funds into the Defense Department, Homeland Security, and charter schools, while slashing programs that benefit science, the arts, seniors, and the poor. As for the Corporation for Public Broadcasting, the proposed budget would eliminate federal funding entirely. Mulvaney defended the decision to put PBS on the chopping block by telling MSNBC:

Perhaps in the world of Mick Mulvaney, coal miners don't have children who want to watch Daniel Tiger's Neighborhood:

And what about that "single mother in Detroit" Mulvaney professes to be so concerned about, the woman he feels can absolutely pay for a bloated defense budget but can't possibly be asked to pay for programming her children might watch? As a single mother myself, I can tell you I heavily relied on PBS programming because I couldn't afford extensive cable. My own kids grew up on shows like Arthur:

...And Caillou. OK, I will admit I did not always love Caillou. But my children did, and I suppose that's all that matters, right?

Then, there's the granddaddy of all PBS shows: Sesame Street. To this day, I still cannot count to 12 without doing this:

Sure, parents can catch Sesame Street on HBO these days, but not everyone can afford HBO, nor should they be expected to purchase an added TV subscription just so their kids can watch Elmo explain sharing (HBO and PBS both carry the episodes currently, though HBO has first rights to new episodes). As Corporation for Public Broadcasting CEO Patricia Harrison said in a statement after Trump's 2018 budget was announced:

There is no viable substitute for federal funding that ensures Americans have universal access to public media’s educational and informational programming and services. The elimination of federal funding to CPB would initially devastate and ultimately destroy public media’s role in early childhood education, public safety, connecting citizens to our history, and promoting civil discussions — all for Americans in both rural and urban communities.

PBS has been providing high quality, commercial free programming for everyone for decades. While the Trump administration might consider this discretionary, parents everywhere know it's absolutely essential.