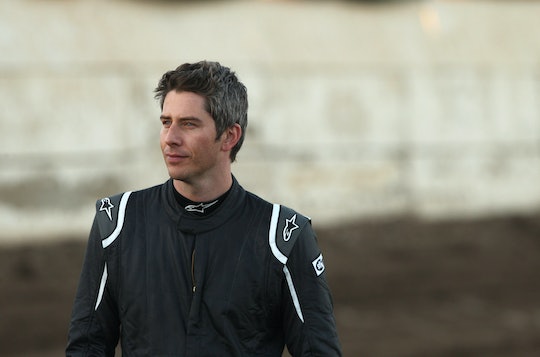 'Bachelor' Fans Will Immediately Fall In Love With Arie's Dog

The Bachelor franchise is no stranger to featuring the personal pets of the Bachelor or Bachelorette each season. Just ask Rachel Lindsay, who got to bring her beloved dog Copper with her when she filmed The Bachelorette Season 13. So it should come as no surprise that Arie Luyendyk Jr.’s dog will be making an appearance or two at some point. But what kind of dog does Arie have on The Bachelor?

For Week 3 on The Bachelor Season 22, he’s going to take some of the women on a dog-themed group date that looks like a glorified dog walking business, but I’m sure there will be some adorable moments thrown in there to help Arie continue to narrow down his search for the right woman. In the promo for Episode 3, you can see Arie walking a dog that might look familiar to fans who have already searched through the entirety of The Bachelor star's Instagram for any and all clues about his personal life.

That’s right — Arie’s own dog, Bastian, will be popping up to help Arie get to know some more of the women and hopefully help him choose the winner of the group date. But since Arie himself isn’t sure of his dog’s history, Bastian’s breed is completely up for debate.

A couple of different times Arie has posted photos of his furry friend, he’s answered comments about the breed, but each time he was just as stumped as others. Under a photo of Bastian from May 2014, when someone asked what Bastian’s breed is, Arie replied, "He's from a shelter so I don't know." But if I had to guess, I would venture to say that Arie’s dog could be a Border Collie or at least mixed with one, given his furry face, floppy ears, and general demeanor that definitely seems like that of a friendly border collie dog.

Since a lot of dogs tend to be mixed with other breeds, it’s difficult to guess exactly what breeds Arie’s dog is made up of, but Bastian also looks similar to an Australian Shepherd, so it’s entirely possible that he’s mixed with that breed as well or instead of Border Collie.

Although Arie adopted his dog several years ago, I highly doubt learning about his familial canine history is high on the priority list, as Arie seems happy just to have the pet as his BFF. He adopted Bastian in 2011 and in almost seven years, the two have apparently been through a lot together. In 2013, Arie posted a photo on his dog’s birthday with the caption: "It's Bastian's birthday today! 2 years ago I took him home and he has helped me through a lot!" Could they seriously get any cuter?

But I think we can all agree that he’s arguably one of the sweetest looking dogs ever and if Arie needed any help in wooing the women of The Bachelor, bringing in a dog like that would definitely help his case. But, spoiler alert, I don’t think Arie needs help doing that.

Apparently, Bastian already made an appearance on a Bachelor date this season when Arie took Krystal on that private plane ride to his hometown, but that part didn’t make the cut for the episode. Even so, it looks like Arie’s dog will be back during Week 3’s episode to help out with an adorable dog-themed date and basically steal the show himself. I’m not sure how prominent of a fixture Bastian will be as the season moves forward, but just like Copper was for Rachel, Arie’s dog is a big part of his life and naturally, the woman he falls in love with should probably be into Bastian as well. But, I mean, how could they not be?