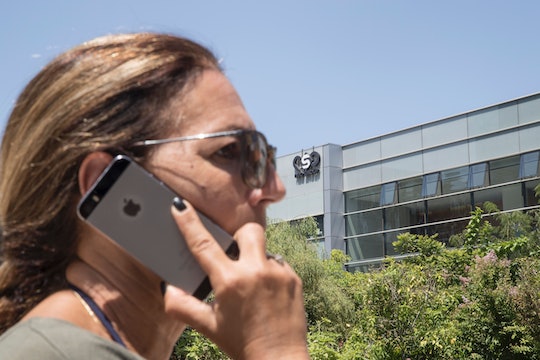 What New Features Will The iPhone 7 Have? Users Are Banking On Better Battery Life

So I feel like I have to make a confession right out of the gate here: I am the owner of an Android phone. I know, I know. I have yet to worship at the altar of Apple, which is basically like saying I haven't heard of the internet yet. So the hype surrounding the hotly awaited release of the iPhone 7 is sort of fascinating to me. And if the new features of the iPhone 7 are as fabulous as the hype makes them sound, I think it might be time to join the 21st century and convert to an Apple myself.

The annual Apple fall keynote event kicks off in San Francisco on Wednesday, and as ever, it has been hotly awaited by tech junkies the world over. If the world was a high school prom, Apple would be prom queen and Wednesday would be the night of the Big Dress Reveal. Apple is well known for "keeping it secret, keeping it safe" (Lord of the Rings reference, you're welcome) in the days leading up to the big event, and naturally it always whips the internet into a frenzy of whispered rumors and leaked photos, with everyone trying to gauge what Apple plans to launch at this year's event. After all, in past years the company changed users' lives with the launch of the original iPhone, Apple TV, and the Apple Watch, to name a few. And with the expected launch of the iPhone 7 nearly upon us, people are understandably losing their minds with the sheer anticipation of it all.

Business insiders aren't expecting Apple to drastically change the look of the iPhone 7, staying true to the design the company has been selling since 2014. While a wider array of colors could be made available, don't be surprised if the iPhone 7 looks pretty similar to the iPhone 6. But it's what's inside that counts, right?

Analysts are expecting there to be big improvements in the image department. A higher quality camera is something Apple users can count on. Also, in the larger models of the iPhone, consumers might see a dual-lens camera, which will enable them to take photos with two different exposures.

Sales of the iPhone have slipped slightly in the last few years, and one of the main complaints seems to be the battery life.

Trend watchers in the industry are feeling confident that the new iPhone 7 will address this issue with some serious battery improvements.

Elimination Of The Headphone Jack

This rumored change seems to be whipping up the most controversy. According to experts, getting rid of the 3.5-millimeter headphone jack could bring about some major changes to the new iPhone 7. It would enable Apple to create slimmer designs and waterproofing could be an option as well (praise be to Apple, I'm forever dropping my phone in water). There have also been complaints that many headphones available will not plug into an iPhone without an adapter. While some iPhone fans insist that a wireless setup could improve sound quality, not everyone is sold on the idea.

And there you have it, folks. While tech fans will be excited to get the big news about the new iPhone 7 on Wednesday, there's still no word yet on when the device will be available for sale in stores.

This time around, though, I'm planning on joining the fray when the iPhone 7 is launched. Wish me luck.