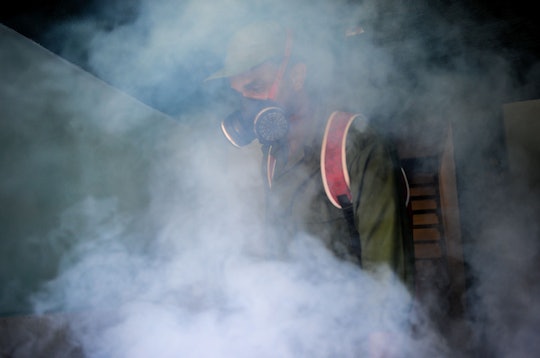 What Problems Does Zika Cause? The Virus Has Both Physical & Economic Effects

The Zika virus is not something you want to mess around with. And given that top health officials are predicting a possible outbreak in the United States as the weather grows warmer, it's important to know exactly what problems Zika can cause. Turns out the virus has the potential to affect more than just your health.

Zika, first detected in Brazil, is carried by the Aedes mosquito, which is present in about 30 states in the United States. So far, the most widely-documented effect of the virus has been its impact on pregnant women. This week, after months of speculation, the CDC finally confirmed that Zika could cause birth defects like microcephaly, a condition in which an infant is born with an abnormally-small head. "Never before in history has there been a situation where a bite from a mosquito can result in a devastating malformation,” CDC Director Dr. Thomas R. Frieden said in a statement containing the CDC's findings.

As if that wasn't bad enough, Zika can also cause severe problems in adults who contract it. Many adults with Zika don't show symptoms at all, but for others, the virus takes a mild form of fever, rash, and headache, usually lasting only about a week. However, in certain cases, it has been linked to Guillain-Barré syndrome, a rare neurological disease that can cause paralysis and death. And that's not all. Scientists have also potentially linked Zika to neurological disorders like acute myelitis and meningoencephalitis, which cause inflammations in various parts of the body that definitely should not get inflamed, like the spine and the brain.

But Zika doesn't just affect people's health. It also affects local economies. With many officials warning people not to visit regions hit by the virus, places that rely on tourism to bolster their economy will likely see some pretty bad ramifications. Take Brazil, one of the hardest-hit countries. It's hosting the Summer Olympics in Rio in a few months, which should be a cause for celebration and economic rejuvenation. But now, U.S. officials are telling athletes who are worried about the virus to consider skipping the games, and it's likely that some spectators may also choose to stay away.

On top of all that, women who live in countries affected by Zika are being advised to hold off on pregnancy for a few years, until (hopefully) the outbreak ends. It's likely that a whole swath of the population choosing not to have babies for a while could lead to some pretty strange economic effects down the road.

Still, with all that said, there's no need to hide out in your underground bunker until wintertime. If you make sure to protect yourself with some bug spray and stay up to date on the latest Zika news, you'll most likely be fine.