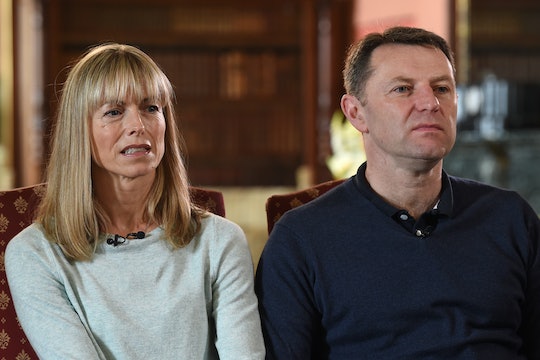 'The Disappearance Of Madeleine McCann' Is Every Parent's Worst Nightmare

As a mom, I want to be able to protect my child from harm at all costs. And the new Netflix docuseries about the mysterious 2007 disappearance of 3-year-old Madeleine McCann spells out every parent’s worst nightmare. I might have worries about my son making friends or transitioning from preschool to kindergarten, but child abduction is always at the back of my mind, ingrained as a serious threat. And what The Disappearance of Madeleine McCann means to me as a mom is that it's so much easier to judge other parents when you are on the outside looking in.

Before Madeleine went missing from the hotel apartment around 10 p.m., her parents, Gerry and Kate McCann, took turns checking on her and her 2-year-old twin siblings throughout the evening. They later reported that the hotel restaurant they had dined in with friends was less than 200 feet away from the hotel room and within relatively clear view. But despite regular checks to the room, when Kate made her 10 p.m. check on the kids, she saw that Madeleine was gone and the window to her bedroom was left open.

The Disappearance of Madeleine McCann shows a reenactment of what happened when Kate saw her toddler’s empty bed and as a mom myself, it was gut-wrenching to watch. It really puts you in her impossible situation and as easy as it is to judge the parents for not keeping a closer eye on her, it could happen to anyone.

The way the events leading up to Madeleine’s disappearance in the docuseries are described, it sounds like the McCann family all but felt at home by the end of their vacation. Madeleine disappeared on their last night on vacation in Portugal and as someone who has vacationed with family a lot over the years, I can understand how Gerry and Kate felt comfortable leaving their kids in the apartment alone.

When you spend that much time at a resort or in a beach town, by the end of your vacation, you feel comfortable with the surroundings. You have figured out how to get around and what paths or roads to take. Even the staff becomes quite familiar to you. There have been times on family vacations when I left my son in his bedroom sleeping so I could walk down to the beach which was less than 100 feet away. He was never left completely alone, but just being on vacation in a place that becomes familiar, you start to feel like you’re home rather than away on a trip.

Assuming it was parental negligence that lead to the tragedy makes it easier for parents to think they would never be careless with their own children, and so such a tragedy could never happen to them. But as a parent myself, I have done something similar and while it might be easier or feel safer to judge the parents in this instance, I can appreciate how misguided that perception is.

Within the first couple of episodes of The Disappearance of Madeleine McCann, her parents are already referred to as irresponsible for having left the sliding glass door to the apartment unlocked. It is one of the biggest examples that critics look to when they point their fingers at Kate and Gerry. It might be almost comforting for some viewers to judge the parents in this tragedy.

Thinking honestly about myself as a mom, I can't help but see how I could make a similar mistake. It is scary enough to think about what it must have been like for Gerry and Kate in the hours after learning that Madeleine had disappeared. But add to that the stress of having attention focused on them for having *allowed* it to happen when they were less than 200 feet away. The stress and guilt must have felt insurmountable.

Having never gone through an experience like this with my own child, how can I say that I would have done anything differently than Madeleine's parents? And how can anyone else claim that they, too, might have gone a different route? It can be a lot easier to place blame on the parents than to imagine that such a thing could happen to you.

What The Disappearance of Madeleine McCann really shows is that child abduction can happen — you can do your best and have all of the best intentions, but still come up short. And despite wanting the best for your child and wanting to do right by them, when these cases happen, hindsight really is 20/20.