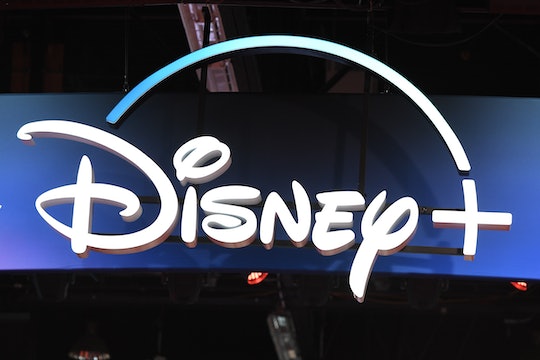 Here's When You Can Start Watching Disney+ With The Whole Family

With the launch date for Disney+ literally right around the corner, it's time to get serious about your upcoming streaming plans. So in preparation for Tuesday, Nov. 12 — yes, that's tomorrow — you may want to set a reminder for what time Disney+ launches so you can be the first of your friends to watch all of the exciting and exclusive content coming to the new service, like the sweet live-action remake of Lady and the Tramp or the cute new Toy Story series, Forky Asks A Question.

First things first: Disney+ will be available in the United States and Canada on Tuesday at 12:01 a.m. PST, according to CNet, so set your alarms now. And if you're located on the east coast, that of course means you'll have to wait until 3 a.m. EST to finally watch the many new shows coming to the streaming service, like Disney's new High School Musical show.

Disney+ will host thousands of movies, shows, and original content from Disney, Marvel, the Star Wars universe, Pixar, and more. And it's perhaps one of the most family-friendly streaming services out there, as kids will have access to hundreds of Disney movies, think Aladdin and Beauty and the Beast, while parents can enjoy classics from their own childhood, like Boy Meets World, Even Stevens, and Smart Guy.

To access Disney+, you'll need to wait until the app for it launches in app stores and the website officially becomes available for use. According to ScreenRant, the app will be available for download on TV streaming platforms (such as Roku and Amazon Fire), smart TVs (Samsung and LG), Apple products (iPhones, Apple TV, and iPads), Android devices, gaming systems (Xbox One and Playstation 4), as well as your normal web browser on your laptop or computer.

Right now, you can sign up for a free Disney+ trial before getting charged $6.99 a month, or $69.99 per year. So you'll have a full seven days to decide if the new streaming service is a good fit for you and your family. So whether you stay up to watch the service launch during the early hours of Tuesday morning or wait a little bit before diving in, Disney+ will officially and finally be here in a matter of hours.