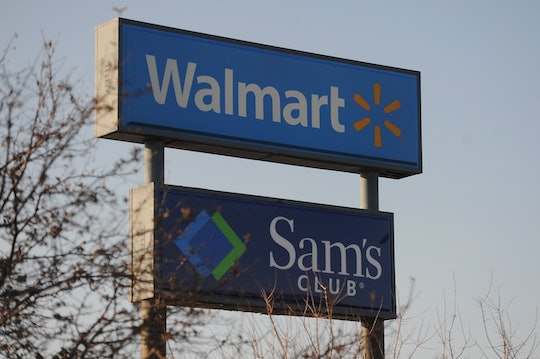 What Time Does Walmart Open On Black Friday? You Should Pack Your Thanksgiving Dinner

Hopefully by now, your fridge and pantry are stocked with everything you need to put Thanksgiving dinner on the table. Because, let's be honest, heading into a store tomorrow sounds like pure h*ll — unless you're buying TVs, clothes, baby gear, and home goods. Walmart is one of the biggest stores to host Black Friday sales and promises to have some great buys this year, but what time does Walmart open on Black Friday 2016? Will you have time to carve the turkey before hitting up the stores?

More Like This
Here's Everything We Know About 'Black Panther: Wakanda Forever'
This Problem-Solving Toddler Filled Up His Toy Car With “Gas” From The Garden Hose
Prince Harry’s Famous Dad Friend Warned Him About Paparazzi In Their Neighborhood
10 Hilarious Tweets That Perfectly Capture What Moms Are Going Through

Well, that depends on what time you want to eat. According to the Walmart Black Friday 2016 ad, Walmart will open at 6 p.m. on Thanksgiving Day, Nov. 24. If you're planning a breakfast of turkey and stuffing, you're in luck. But if your plans were going to start in the afternoon and evening, you might be pushed for time.

Walmart is one of many stores starting Black Friday sales on Thanksgiving Day and they did the same thing last year. According to the store's website, in 2015, Walmart kept stores open throughout the day for last-minute Thanksgiving shoppers, but didn't officially unveil the Black Friday deals until 6 p.m. But, not all stores are 24 hours, so be sure to check your local Walmart for their full store hours on Thanksgiving Day.

Walmart is also doing everything they can to make Black Friday as seamless as possible for its shoppers. Some locations have a store map available online so you can plan your shopping trip accordingly and know exactly where to go to grab the hot deals. And y'all, Walmart has some hot deals. Check some of them out below.