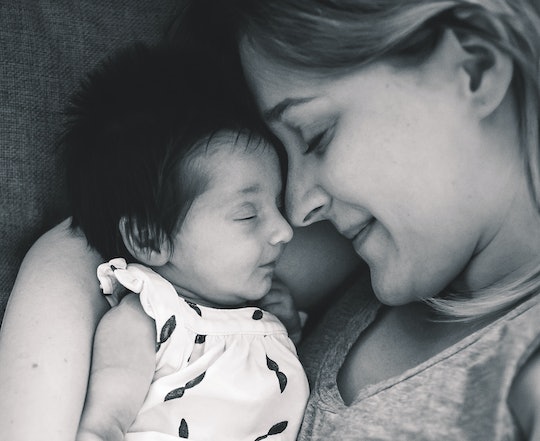 What We Can Learn From Postpartum Confinement Traditions

The idea of staying home after birth, doing little but caring for your baby and healing while others tend to your well-being, may sound like an unimaginable dream. But postpartum confinement traditions can be found around the world. While the specific rules about confinement vary from culture to culture, the fundamental premise is largely the same: female family members swoop in to care for a new mother, her home, and, when necessary, her baby. Mom is meant to kick back, heal, rest, and bond with her infant.

Priyanka Rao, a second-generation Indian-American and mother of one in Texas, took her mother and mother-in-law up on their offer to provide her traditional postpartum care, based on Ayurveda healing practices. “As a new mother, you want to make sure you do everything, faith- or science-based, to help your baby and their well-being,” Rao says. “And this is why my husband and I let our mothers take the lead on letting us know what we should do during this time.” The care made her feel calm and supported, she says.

But various rules involved in confinement — such as food and wardrobe restrictions and strict rules governing behavior — can often find moms feeling a bit stifled or even overwhelmed.

Jessica D., an Indian-American mother of two in Texas, observed a traditional 40-day confinement after the birth of her first child with the help of her mother and mother-in-law. And while, looking back, she does feel grateful to have had so much help (“I didn’t have to lift a finger.”), she struggled with what she called “the independent American in myself.”

“[Postpartum confinement] is a very communal mindset,” she explains. “Generations lived together or at least nearby so it was just assumed, ‘Oh you have a baby; here’s all this postpartum care.’ In the world that we live in now, this is going to sound awful, but it just feels intrusive because we’re so individualistic and independent.” When her second child was born, Jessica again observed some confinement practices, but not for the full 40 days. “I had to ask myself, how much of this do I do to respect my culture and then how much of this do I do because it also respects me and my identity at the core?”

Ultimately, even though feelings were sometimes mixed, both women found value in some aspect of traditional postpartum confinement. “At the beginning of confinement, I actually enjoyed it,” says Rao. “I was grateful [for] simple family customs” that helped her feel stress-free.

It’s this sense of comfort, heritage, and support that Sariah Price, a doula and cuarentena practitioner in Utah, recalls her own postpartum recovery. “My family is from Mexico, so some of the things were just inherent in my family culture,” she explains, “but as I became a doula [and] started researching practices that were traditional to my culture, I’d go back to my family and say ‘Hey! How come we didn’t do that?’” But, she says “it was interesting to see the things that stuck.” As she moved into birth work, she realized how different the Western American postpartum experience was from what she had known from her own culture. She saw “how hard it was on so many of my friends and the women I’m working with.”

In the cuarentena tradition, a new mother’s body is considered the most vulnerable and “open” (which I feel any woman who’s given birth to a massive baby can tell you: feels like an accurate description). As in China, India, and Korea, chill and drafts are thought to pose a particular threat, and Price has a traditional solution that she brings to her postpartum clients. “The very first time I come, I come with big fluffy socks,” she says. “I have a warming salve that I bring that they can rub on their belly.” Warm tissue is healing tissue, she explains, and speeds the recovery.

Another traditional remedy to this precarious “openness” is the “closing of the bones” ceremony, during which a postpartum woman’s midsection is bound in yards of fabric. “I think a lot of people are familiar with the closing of the bones part of this tradition, which is lovely,” says Price, “but it’s just a small part of the ritual. When you just take out that one little part, you’re missing all of the other supportive, nurturing things that go along with it that make it so important and so special and so special to postpartum women.”

This includes warm, herbal baths, dedicated maternal care, and medicinal foods. “Within the cuarentena there are definite food dos and food don’ts,” Price explains. ”No citrus. Nothing too acidic or too spicy or anything that’s going to make your body too hard to digest.” She makes a special soup, the base of which is bone broth and egg with avocado and cilantro. The next week, Price adds vegetables, then grains, until, at last, chicken is included as well.

Price says her main goal, and, indeed, the goal of cuarantena, is a healthy mom who can concentrate on motherhood and healing.

“My ultimate goal is for them to feel loved and cared for and taken care of,” she says. “Parenting is hard, let’s not make it harder if we don’t have to.”