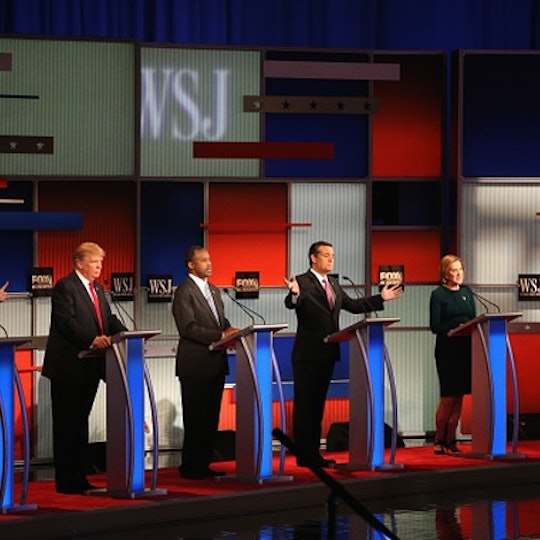 What Will The Presidential Candidates' Secret Service Code Names Be? Some Suggestions

Donald Trump and Ben Carson, the two leading Republican presidential candidates, are going to be receiving Secret Service protection starting on Wednesday. Now, what you really came here for: Their code names, designated by the White House Military Office. Trump’s code name is “Mogul,” reportedly (no surprise there), and Carson’s code name is “Eli.” Huh? According to TIME, Eli is “a reference to a common name for students at Yale, where he attended undergraduate, and also a biblical figure whose name means ‘God is most high.’” Whatever does it for you, guys.

It looks like neither of the candidates got the names they were hoping for. During the lightning round of CNN’s Republican debate in September, the candidates were asked what names they would choose for themselves. Trump said he’d like to be called “Humble,” while Carson asked for “One Nation.” Chris Christie wants to be called “True Heart,” which sounds like a Care Bear. Carly Fiorina, a human woman, would like to be named after male horse Secretariat. Jeb Bush went with the third-best battery, “Everready,” which, come on, Dude, why not go for Energizer? BELIEVE IN YOURSELF, JEB! Mike Huckabee, skipping right over “Super Mario Brothers” and “The Legend of Zelda,” chose “Duck Hunter.” And Rand Paul, desperate for relevance, chose the very long and weird “Justice Never Sleeps.” Thankfully, those names evidently aren't or won't be the candidates' code names. Here’s what the candidates’ code names should really be: