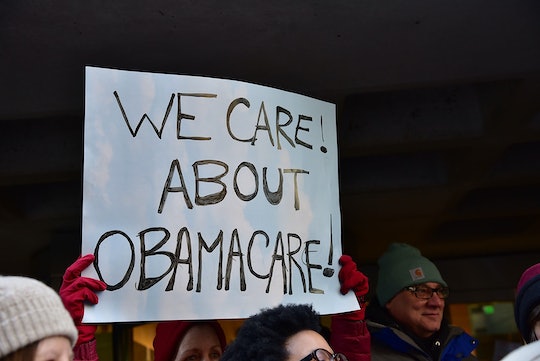 As President Obama prepares to leave the Oval Office later this month, he must be wondering about the legacy he will leave behind as the 44th president of the United States. After all, he's been the president for eight years and has had some lasting impacts on the way the country has been run. However, one of Obama's most ambitious projects, the Affordable Health Care Act, looks to be in serious jeopardy once President-elect Trump takes over on Jan. 20. The GOP this week introduced a Republican Obamacare repeal plan that could prove disastrous for Democrats hoping to stop it.

Tuesday saw the 115th Congress sworn in, and the Republican majority Congress wasted no time getting down to business. One of the first acts brought forth was a budget resolution by Senate Budget Committee Chair Michael Enzi, which is a massive step towards ending the Affordable Care Act. The budget resolution was created in 1974 as a way for Congress to set the federal budget with expedience. The Congressional Budget Office was assembled to offer an impartial party to investigate budget projections and estimate costs for things like environmental protection, defense, military, etc. The Congressional Budget Office was also put in charge of overseeing "mandatory" budgets like Medicaid and Social Security, but the budgets for such important institutions can often require some extra help to meet budget goals. Enter "reconciliation," a process used to simplify passing legislation, as a reconciliation cannot be filibustered. Since Sen. Enzi introduced "reconciliation instructions" as part of the budget resolution, a Senate majority could simply repeal Obamacare in one fell swoop.

According to a statement released by House Speaker Paul Ryan:

This is the first step toward relief for Americans struggling under Obamacare. This resolution sets the stage for repeal followed by a stable transition to a better health care system. Our goal is to ensure that patients will be in control of their health care and have greater access to quality, affordable coverage. Today we begin to deliver on our promise to the American people.

The Republican party would need 50 of its 52 members to begin the process to repeal Obamacare — unless three or more Republican senators switch sides on the subject, which is unlikely. Whether or not any Republican senators would be willing to defect, considering incoming President-elect Trump's outspoken opposition to the Affordable Care Act throughout his campaign, is up in the air.

Trump and other Republicans have said they plan to change elements of Obamacare to make access to health care better for the American people, according to Trump adviser Kellyanne Conway. In an interview on Morning Joe, Conway said that new health care legislation brought forward by the GOP will not cause anyone to lose their insurance, but insisted the ACA was still problematic and needed to go:

These folks have a mandate to repeal and replace Obamacare. Obamacare was on the ballot. People want it repealed and replaced.

As Senate Republicans move forward in their efforts to dismantle the ACA — which President Obama and his administration worked tirelessly to create, in order to ensure Americans would all have access to quality health services — the specifics of their proposed new health care legislation remain unclear.

About 6.4 million Americans registered for individual health care plans through Healthcare.gov, the Obamacare exchange that offers health care to 39 states, in time for the start of 2017. That's 400,000 more than the number of people who had signed up at the same time last year.