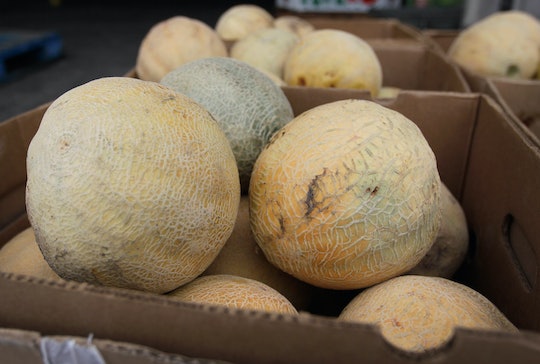 Your weekly shopping trip to the grocery store probably feels like a ticking time bomb these days, doesn't it? While once you might have mindlessly thrown some frozen vegetables in your cart, or fruit or even a little hummus for a snack, lately it hasn't been that simple. In fact, given all the listeria recalls of late, the wisest course of action might be to print off a recall list every time you go to the grocery store to arm yourself against poor choices. While the listeria recalls continue, weary consumers are wondering when will it end. So when can you start buying frozen vegetables again in order to make your weeknight cooking so much easier?

The listeria virus, as we have all learned, is deadly. It is the most lethal of the food related pathogens, worse than e coli or salmonella. Listeria, if it gets into the bloodstream, will cause listeriosis, which kills one in five victims.

CRF Frozen Foods discovered potentially listeria-contaminated vegetables in their Pesco, Washington plant back in March and immediately recalled all frozen fruits and vegetables processed in that plant (over 360 organic and non-organic frozen products with dozens of brand names available in major grocery outlets across the United States and Canada were included). To date, eight people across three states have been hospitalized with listeria related illnesses, and two of those eight have died (though the Centers for Disease Control reported that one of those deaths was not related to listeria). The full list of recalled products can be found here.

One of the greatest concerns about the listeria virus is the long shelf life it enjoys. According to Michael Doyle, professor of food microbiology at the University of Georgia, this listeria outbreak could very well have been caused by "resident" bacteria, the kind that could have been living in the processing plant for years. Which means it's probably a good time to clean out your freezers, everyone. Due to the longevity of the organism, you could have frozen vegetables sitting in your freezer that were contaminated before the recalls began.

So while the federal government has not issued a statement warning consumers to avoid any frozen products not on the listeria recall list, many are shopping with trepidation anyway.

As the recall continues to expand, the Food and Drug Administration will continue to investigate the potentially flawed equipment at the processing plant, and that means the CRF Frozen Foods plant in Pesco, Washington will remain closed, with no end in sight, just yet.

Perhaps now would be a good time to jump on the local food movement. You know, head down to the local market to buy whatever vegetable is in season and (most likely) not contaminated with a potentially lethal bacteria. Plus, you might meet someone interesting while ruminating over the rutabagas, right?

So until the listeria outbreak is contained... perhaps it's better to be safe than sorry and avoid frozen vegetables if you can.