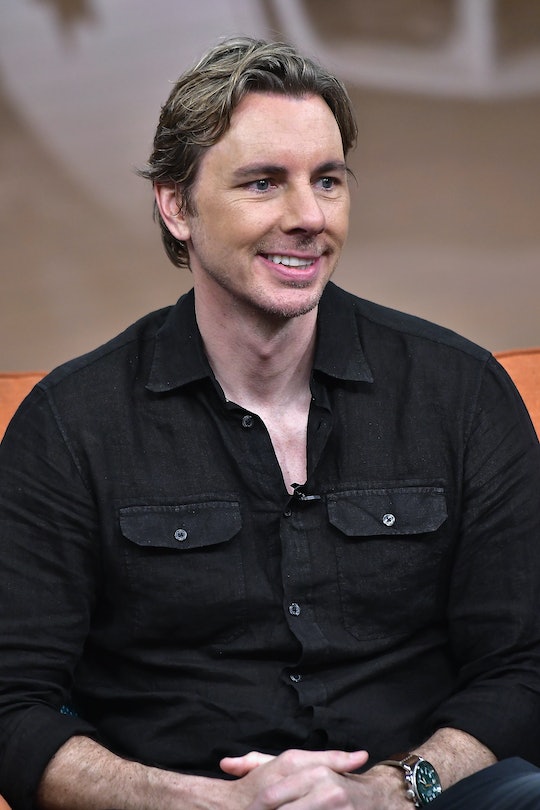 Have you ever had one of your kids lose their favorite toy? Unless you are an extremely vigilant parent who also happens to be organized, then chances are you probably have gone through this. And sometimes you get the toy back, while other times you don't. A great parenting day is when you do get the toy back, a sentiment this celebrity dad demonstrated recently. Who am I talking about, exactly? When Dax Dax Shepard's youngest daughter lost her beloved Lego amid a wedding (it's a long story), he decided not to let it go without a fight. What followed was the most wonderful rescue mission of a Lego head you'll ever witness in your life, or at least today.

In case you didn't know already, the Armchair Expert podcast host and his wife, Veronica Mars star Kristen Bell, are parents to two little girls together, 6-year-old Lincoln and 4-year-old Delta. And the adorable family recently went on vacation together, enjoying a staycation at California hotel. Bell took to Instagram Monday to document the experience, noting that a wedding was taking place below their balcony window. How quaint, right?

As Bell recounted on her Instagram Story, "The girls were in awe, and both me and dad were crying." But as the entire family was swept up in the romance of the wedding below, the unthinkable happened. Delta dropped her Lego into a nearby tree. Uh-oh.

As Bell explained, Delta lost the head to her Frozen Lego Anna doll, who fans might remember is actually voiced by Bell herself in the Disney film, but I suppose that's neither here nor there. Apparently, it was a special head too. "I lost Anna's Con-ortion head," Delta screamed down at the wedding guests below because when you're four you don't care about decorum, obviously. Especially if you've lost a toy. Also "con-ortion" is coronation, as Bell explained.

Instead of just letting the issue drop, Shepard decided to leap into action. He was apparently pretty excited to save the day, noting how Anna's head was visible in a nearby bush. Shepard tried to "McGyver" (translation: trying to make something workable out of spare parts) a tool to grab the toy, without much success at first. BTW, please do not forget all of this was going on during an actual wedding. Talk about a dedicated dad.

At first, it seemed like a bit of a mission impossible, with Shepard giving up for a bit in the hopes that the wedding guests would leave before he continued his attempts to retrieve the Lego with his new tool, a lunchbox attached to an umbrella handle. No, I'm not kidding.

Fortunately, Shepard reigned victorious. He successfully procured the the Anna Lego head for his little girl and was definitely her hero, for at least five minutes.

Shepard wasn't just winning the day with his daughter, however, because the wedding guests also loved the drama. After he finally got his prize, the crowd cheered as he joked, "This wedding will have great fortune!"

I bet Dax Shepard feels like a million bucks right about now. Saving his daughter's toy and blessing a wedding to boot. Not too shabby, huh?