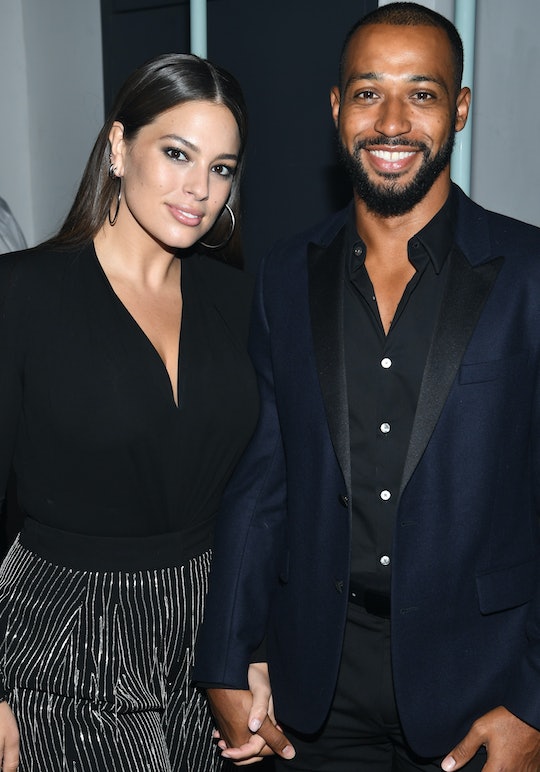 As model and body positivity advocate, Ashley Graham, prepares to welcome her first child with her husband, Justin Ervin, it's fair to wonder how the expectant parents met each other and when exactly their adorable romance started. They met roughly a decade ago, but when did Ashley Graham get married to her sweet hubby? As it turns out, the couple just celebrated a pretty big milestone in their marriage.

Graham and Ervin's love story officially started in 2009, when they met while volunteering at a church, according to Glamour. And as it usually happens in life, at the time, Graham wasn't necessarily in search of romance at the time, telling Glamour: "I didn’t go there to find a boyfriend; I truly wasn’t looking for anyone other than the person I wanted to be." Yet, Ervin and Graham eventually fell in love.

One year later, in 2010, Graham, then 22, announced that Ervin had popped the question, telling People at the time: "He’s so amazing. We come from different backgrounds, but we have the same viewpoints on religion and family." As for the proposal deets, it sounds like it was sweet, simple, and surprising, as Graham told Harper's Bazaar in 2017: "He told me how I was his best friend, how he wanted to do life with me, how he'd never met anyone like me...all these incredible things. And then he pulled a ring out, and said 'Will you marry me?'"

After enjoying a quick two month engagement, Graham and Ervin exchanged their "I dos" on Aug. 14, 2010 — nine years ago this year.

Graham and Ervin celebrated their nine-year anniversary with an extra special announcement. Earlier this month, the pair announced in a sweet video that they're expecting their first child together.

"Nine years ago today, I married the love of my life," Graham captioned a video on Instagram that showcased her adorable growing bump. "It has been the best journey with my favorite person in the world! Today, we are feeling so blessed, grateful and excited to celebrate with our GROWING FAMILY! Happy anniversary, @mrjustinervin. Life is about to get even better."

Ervin — a cinematographer, writer, producer, and director, according to his IMDb page — made an equally aww-inducing announcement on his Instagram page on Aug. 14, commemorating their anniversary and the exciting chapter they're about to start together.

"To my forever love and my daily inspiration. Happy anniversary @ashleygraham. These 9 years have played out like a lifetime. I guess it’s because my life really started once you came into it," the 30-year-old dad-to-be wrote on Instagram. "Now that we’ve made a life together, let’s make a life together. I love you and I love us. All of us..."

It's safe to say that these two couldn't be sweeter if they tried. And while they've yet to reveal when their bundle of joy is expected to arrive or the sex of their baby-to-be, it's clear that they're absolutely thrilled to share this amazing news and their love for each other with the world.