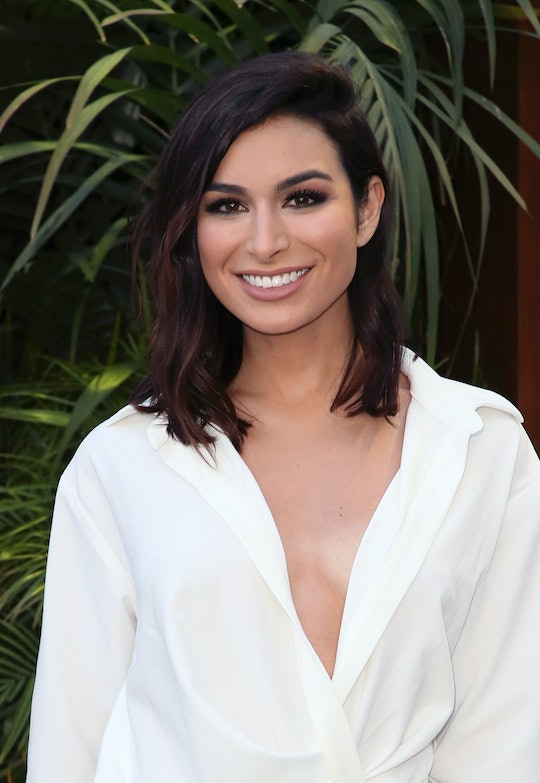 Ashley I. & Jared's Relationship Timeline Might Be A Little Messy

The last time Bachelor fans saw Ashley Iaconetti, she was looking for love on the first ever Bachelor Winter Games. She even seemed to find that love with Kevin Wendt, but soon after the show ended, they broke up. It wasn't long after that Ashley moved on with Jared Haibon, but when did Ashley and Jared first get together? Kevin said on Bachelor in Paradise that he and Ashley were still together at the time.

Although Kevin and Ashley left the Winter Games ready to continue their newfound relationship, it wasn't long after that they called it quits. In March, Ashley revealed to Entertainment Tonight that because of the long distance part of their relationship, she and Kevin were unable to make it work. Since Kevin lives in Canada and Ashley currently resides in California, it definitely made sense that the distance was too much to handle. But after he made a comment on Bachelor in Paradise about Ashley allegedly kissing Jared while she was still in a relationship with Kevin, it brought the timeline into question.

Just a couple of weeks after Ashley revealed the breakup to Entertainment Tonight, she spoke again with the news outlet about spending some time with Jared. She admitted to hanging out with him more, post-breakup and said that she was open to a possible romantic reconciliation with Jared. "I’m going to go ahead and say [I won't be] a cast member on any more Bachelor shows," she did say, however. "If they want me to come back for cameos, [I'm] all for it, but not a cast member on The Bachelor again."

But if she was already hanging out with Jared soon after breaking things off with Kevin, there could have been some overlap, however minimal.

During Kevin's intro video on Bachelor in Paradise Tuesday night, he claimed that his split with Ashley resulted from her kissing Jared while they were still together. But at the time of their breakup, he also made an appearance on her podcast, Ben and Ashley I. Almost Famous and didn't sound too upset about the way things ended. This leads me to believe that Kevin and Ashley likely spent a respectable amount of time before getting together after her breakup with Kevin.

"I want the best things for Ashley," Kevin said at the time. "I just don’t think the spark was fully ignited by the time we had the [breakup] conversations, but I respect her for at least doing it earlier on. We could have done two or three more trips and then it just would kind of dragged out, so it’s all good. It makes sense."

It wasn't until May that Ashley and Jared officially announced that they're a couple. Finally. After three years of going back and forth, they were able to find the right timing for them both to make a relationship work. Because it was the first relationship after things ended with Kevin, it might be suspect to some, but it seems like Ashley and Kevin broke up on good terms and remained that way following their split.

In May, Jared explained to People that after he appeared on Bachelor in Paradise Australia and Ashley went on The Bachelor Winter Games, his feelings for her grew stronger. They apparently took a pre-planned trip over the holidays with friends and family and according to Jared, he kissed her when they got back home.

Even so, Ashley said that she would continue dating Kevin. But after Winter Games aired, Ashley admitted that she gradually felt less for Kevin, which led to their breakup. That being said, it seems like Ashley and Jared got together just a few weeks after she broke things off with Kevin, but it was definitely a long time coming.