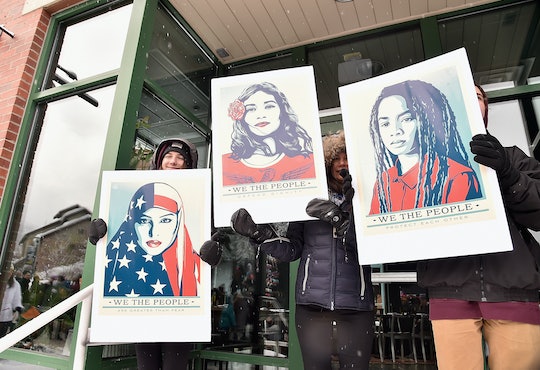 According to TIME magazine, in 1980, President Jimmy Carter proclaimed that March 2 to March 8would be recognized as Women's History Week. The National Women's History Project had been pushing for and petitioning the idea as feminists pointed out the absence of women's contribution in the history books. Formed in the 1970s, the National Women's History Project's goal was to revise the curriculum in schools in Sonoma County, California to honor the great achievements women had made (and continue to make).

I know, 1980 wasn't really that long ago. But activists have been fighting to designate a certain day, week, or month to women's rights for much longer. According to History.com, International Women's Day first took place on March 8, 1911. It was celebrated across the globe and, in 1978, the United Nations sponsored the day for the first time.

Now, March is officially the month for women. The National Women's History Project website noted that each year is given a theme and in 2017, the theme for Women's History Month is Honoring Trailblazing Women in Labor and Business. Women have always worked, but the organization decided that because women's work has often been under-appreciated and undervalued, it was time to really focus on the ways women have fought against inequalities in the work place, the way they have persevered, and how they have succeeded in every field, regardless of what limitations society placed on them.

It makes sense, right? Women's History Month started when a group of women decided they'd had enough of being pushed to the side to focus on the achievements and hard work of men. It started when feminists realized that if nobody else was going to make sure the story of women was heard, they would have to do it themselves. Basically? It started when women decided to get some sh*t done. Hey, it's what women are known for doing.