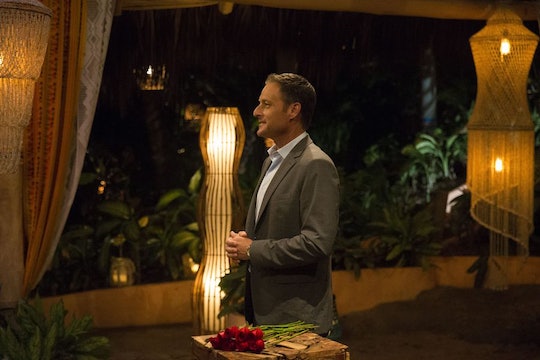 The 'Bachelor: Winter Games' Premiere Isn't That Far Away

The Olympic Winter Games might come around once every four years, but Bachelor fans can now look forward to a new kind of winter competition every year with Bachelor: Winter Games. The first season is set to begin soon, but when does Bachelor: Winter Games premiere? The timing is important, since it's obviously a cold-centric series meant to be played in the colder months and yes, in a cold climate.

No, former Bachelor and Bachelorette contestants won’t be meeting up in the northernmost point of Alaska to play winter sports, but according to Mike Fleiss, they will be competing in Vermont, in the cold, to give fans the best possible experience watching Bachelor: Winter Games. The newest series born from The Bachelor will premiere in February 2018, which is perfect timing when you consider that the 2018 Winter Olympic Games kick off on Feb. 9.

The actual games of Bachelor: Winter Games haven’t been announced yet, or the cast even, but I wouldn’t rule out ice skating and snowboarding, mixed with some kind of date card twist. Because Bachelor Nation is all about roses and date cards and as long as there is still that love aspect to the upcoming competition show, fans will no doubt be pleased.

The official cast for Bachelor: Winter Games may not have been chosen just yet, but The Hollywood Reporter spoke to some of Bachelor in Paradise Season 4’s contestants earlier this summer about whether or not they would compete on Bachelor: Winter Games, if asked. Diggy Moreland seemed pretty open to the idea, saying, "I definitely would be very open to maybe doing Winter Games or Bachelor in Paradise [again]. I love Mexico and I had a great time, so I would do it."

Jasmine Goode, who was on Nick’s season of The Bachelor and Season 4 of Bachelor in Paradise and is a dancer for the Golden State Warriors, said, "Paradise was the bomb, but I kind of want to be single and date — but I’m not saying no. Never say never. I’m single and if Winter Games pops up, why not? I love competing, I’m an athlete."

Amanda Stanton, however, doesn’t seem to share her fellow contestants’ sentiments when it comes to competing on Bachelor: Winter Games. She said that while she had fun doing Bachelor in Paradise Season 4, it was her "last time on a Bachelor show, but I’m glad that I did it. It’s kind of like my last shot at everything, and I had a lot of fun. I’m really glad I came back, but it’s my last time."

Wells Adams, who competed for JoJo Fletcher’s heart on Season 12 of The Bachelorette and then tried to find love again on Season 3 of Bachelor in Paradise, returned to Season 4 as the bartender and it seems like that’s the way he prefers things to be. "I would probably only return as the bartender," he told The Hollywood Reporter. "The bartender is a cushy gig. I’m not a very good snowboarder or skier or anything, so I’m not sure if I’d want to be a competitor. But if they want me to make hot chocolates on the sidelines, then I’m totally game."

While The Bachelor and Bachelorette are both series that are about earning roses and competing for love more than anything else, there have been physical competitions on both shows in the past in order to allow some of the men or women to stand out or, yes, earn roses. It’s not clear yet if roses are going to be a part of Bachelor: Winter Games, though I'd be very surprised if they weren't. But honestly, I just want to see Chad Johnson fail on a snowboard with lots of sound effects filled in to make his slips and falls that much better.

Bachelor: Winter Games premieres in February 2018 as the franchise’s newest competition show that’s probably going to be a little different, with a lot of the same aspects thrown in there. So regardless, it’s bound to be another successful spin-off.