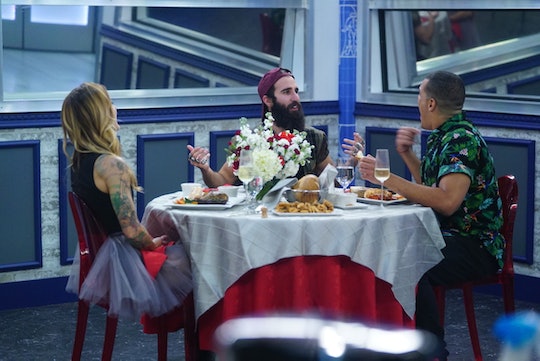 Season 19 of Big Brother will come to an end Wednesday night and a new winner will be crowned and walk away with half a million dollars. Most fans are excited to finally see this season come to a close and some may already be looking ahead to next season. So when does Big Brother 20 premiere? As always, fans can expect the new season to drop sometime next summer.

Last year, CBS announced that the popular reality competition series was renewed for the next two seasons (Season 19 and 20), thus the show will definitely will be back next summer. Additionally, because it's the 20th season, fans are expecting it to be even bigger than the seasons prior, and are also hoping for an all-star season. CBS has yet to comment on whether or not the 20th season will actually bring back some of viewers' all time faves, but they did reveal that the show will be hosting their first Celebrity Edition of the series, in the U.S. anyway. The UK has actually been doing Celebrity Big Brother for a while now.

Host Julie Chen announced the jaw-dropping news during an episode of Big Brother a couple of weeks ago, and naturally fans are over the moon about it. This is something viewers have been waiting literally years for and now the time has come to see some celebs trapped in a house with no internet access for a few weeks.

The celebrity edition is not Big Brother 20, but it's own special edition of Big Brother that seems to be replacing Big Brother: Over the Top, the online edition of the show that streamed exclusively on CBS All Access last year. The celeb edition of the series will air on CBS this winter and will still be the same kind of set up as the regular show. There will be multiple episodes throughout the week, including Head of Household and Power of Veto competitions, as well as live evictions.

However, because it'll be celebs competing, the season will be condensed and shorter than the regular Big Brother season. Unlike regular people, most celebs won't be willing to spend 90 days in a house without access to the outside world. No cast members have been announced yet and there's no release date but fans are already making guesses about which celebs will be casted on the show and which celebs they want casted.

Until then, BB fans are solely focused on tonight's finale. Veteran Paul has successfully manipulated his way to top three, along with Christmas and Josh. Out of the three, Paul seems the most likely to win. Thus far, he's been able to make all the houseguests feel so comfortable that they were willing to go on the block as pawns and trust that Paul would keep his word and pull them off.

Additionally, Paul never had to take a shot at his fellow houseguests himself. Instead, he had others like Christmas and Josh be the ones to take out his targets, thus refraining from getting blood on his hands. Still, that doesn't necessarily mean Paul's a shoe-in to win. First, he'll need to win the final HOH to guarantee he'll be in the Final Two. Otherwise, he'll have to hope Christmas and Josh's friendship is fragile enough that one of them would actually choose Paul over the other.

Christmas might be willing to throw Josh under the bus, but it seems doubtful Josh would be willing to do the same to Christmas. However, with these houseguests you never know. Besides finding out who the winner is, fans will also get to see who's America's Favorite Houseguest. My money is on Jessica with Cody being a close second. Or maybe that's just being hopeful.

You can see who wins the game and America's Favorite Houseguest tonight at 8 p.m. ET on CBS.