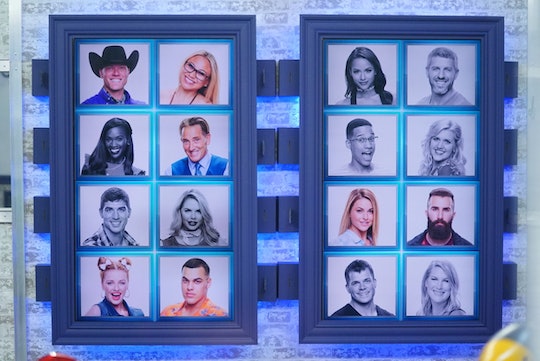 Julie Chen Made An Exciting Announcement On 'Big Brother'

Big Brother always tells fans to expect the unexpected and on Thursday night's live eviction, the show once again delivered on that promise. At the very end of the hour, Julie Chen revealed that a new form of the series, called Celebrity Big Brother, will take place this winter. But who will compete in Celebrity Big Brother? That question has yet to be answered.

I'm not going to lie. The idea of celebrities all being forced to live with each other for months and compete in various competitions and social strategies does sound extremely appealing. People in general love watching celebs do pretty much anything. In fact, it's a big part of what makes shows like Dancing With the Stars so appealing. And this would definitely be full of drama and intrigue, adding yet another layer to the Big Brother series. But who from Hollywood's finest will agree to partake in such a long and grueling experience? Julie was very limited on the details, but promised fans they would learn more in good time.

That being said, I'm not against making a few on the fly predictions for the time being. The first person who came to mind immediately was Bobby Moynihan, who only just appeared on Big Brother earlier this week and made it clear just how much he loves this show. Maybe he'll be one of the ones offering up his talents come this winter.

Granted, this is just a guess on my part, so I have absolutely no idea if it's anywhere close to being true. He might be too busy, given that he has a new show coming up on the network titled Me, Myself, and I, so he might not have time to fit it into his schedule. But hey, a girl can dream, right? And I definitely think Bobby would make for an intriguing (not to mention downright hilarious) competitor within the house.

Other than that, I have no idea who any of the other people could be. I'm assuming it will be those who are at least familiar with Big Brother and know how it works. But then again, having some of them not know could be pretty great too. Either way, I'm completely onboard with this surprise twist. And don't worry — Julie assured viewers that Big Brother would still be back next summer as well, so we're simply getting an extra helping of HOHs, Power of Vetos, and live evictions. I say bring it on!