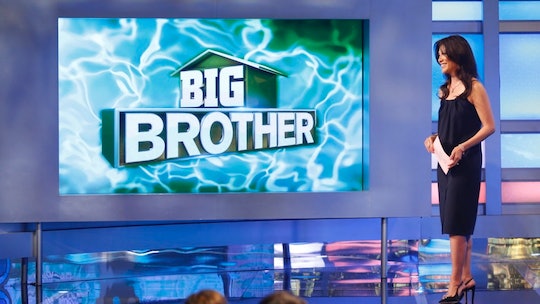 The second U.S. installment of the fan favorite premieres on CBS on Monday Jan. 21 at 8 p.m. ET. Once it starts, it's going to be another fast-paced season that concludes almost a month later with a two hour finale on Feb. 13 at 9 p.m. ET. I highly suggest dusting off that CBS All Access subscription and planning your time accordingly so you can tune in to the live feeds as soon as they're on. It's going to be a wild ride.

Last season, fans saw people threatening to self-evict early on, one houseguest who convinced others to vote her out so she could leave early, and Omarosa spilling all of the White House tea on the live feeds. It definitely set a precedent for the future of the show. It also made it clear that the network made a good decision to bring the show to U.S. audiences — and hey, Celebrity Big Brother U.K. has been airing for 22 seasons.

The question now is whether or not Season 2 can live up to all the hype. As a fan who scoured the internet for clues in the days leading up to the cast reveal, I can say that expectations are certainly high. Luckily, with Dina Lohan and former White House Director of Communications Anthony Scaramucci on board, I have a feeling it won't be long until fans seem some serious pot-stirring.

Although Celebrity Big Brother 2 premieres on Jan. 21, if you're new to the show, Mondays aren't the only night it will air. The official schedule this season has episodes on every day of the week, though the days and time aren't always the same week-to-week. Watching Big Brother always requires dedication, but Celebrity Big Brother has to fit in the same heightened drama and intensity into just five weeks of television. If you currently have other primetime TV shows returning to TV this week, then I feel for you. Because in addition to the pre-taped episodes, you're going to need to devote any extra time to the live feeds. You just can't have one without the other.

For what it's worth, Julie Chen has already promised fans that Anthony will deliver as this season’s former White House staff member. Last year after the Celebrity Big Brother finale, Julie told The Hollywood Reporter that Anthony was someone she’s hoped to get for the first season.

"People I would like to see on it, I have to say maybe NeNe Leakes. I'd love to see Anthony Scaramucci or Sean Spicer do it," she said, of potential houseguests for future seasons. When asked ifAnthony had been seriously considered for the first season, Julie said, "We formally asked him and he turned it down. But now he will see the attention Omarosa got." Clearly whatever attention or salary he was promised worked, because Anthony will hopefully have some word vomit on the late night live feeds to feed fans’ need for a reason to keep their CBS All Access subscriptions during the Big Brother off-season.

The cast this season definitely has someone for everyone to root for, including charismatic stars like Jonathan Bennett and Joey Lawrence. If Joey doesn't walk into the Big Brother house and give a Blossom-era "Whoa," however, he will lose my support. Honestly I don't know who I'm rooting for yet, but I'm excited to have Celebrity Big Brother back in a matter of days. It's really the only thing to get through the interim period before Big Brother 21 premieres this summer.