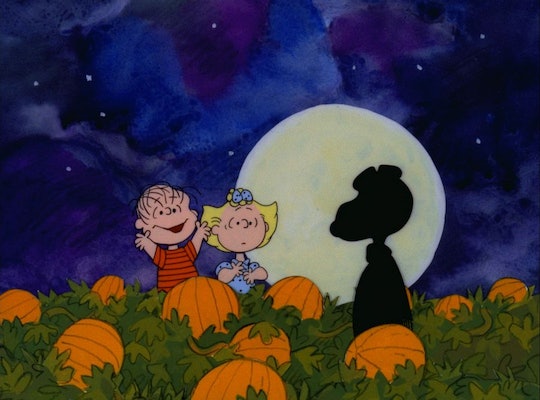 Don't Miss A Chance To Watch 'It's The Great Pumpkin, Charlie Brown' This Halloween Season

If you want to jump right into the Halloween mood, you can catch the half-hour special this Thursday, Oct. 19, on ABC at 8 p.m. EST. However, if you would prefer to watch it a little closer to Halloween, ABC will be airing it once again on Oct. 29 at 8 p.m. EST. This time the special will be an hour long because it will also include the bonus cartoon, You're Not Elected, Charlie Brown.

But, of course, the main attraction will be It's the Great Pumpkin, Charlie Brown. The carton first premiered in 1966 and since then, it's been a tradition for many to sit down with their families and watch the cartoon each year in October. The episode takes place on Halloween night and Linus is dedicated to staying in the pumpkin patch all night long to wait for the arrival of the "Great Pumpkin."

Similar to Santa Claus and the Easter Bunny, the Great Pumpkin is a holiday character that most of the Peanuts gang doesn't believe in. However, Linus is determined to prove the Great Pumpkin really does exist, so he forgoes trick or treating to prove it. Charlie's little sister, Sally, who has a crush on Linus, also chooses to stay in the pumpkin patch with him. Meanwhile, Charlie Brown is invited to his first Halloween party, which he's super excited about, and Snoopy engages the Red Baron, an imaginary character, into a dogfight.

Whether you've seen the cartoon a million times or you're just watching it for the first time, It's the Great Pumpkin, Charlie Brown is a great special for people of all ages to watch. It's cute, funny, and stars some of the most well known cartoon characters in history. There's a reason why it continues to air year after year. It's a timeless classic.

If you stick around for the bonus cartoon, you'll see Charlie Brown and Linus face off for the "Student Body President Election." At first Linus actually thinks it'll be a good job for Charlie, but then Linus' sister, Lucy, says Linus would be a better candidate for the job. Another student, Russell Anderson, also throws his hat in the ring later on as well. In the bonus cartoon, the Great Pumpkin even gets a little shoutout in You're Not Elected, Charlie Brown, as Linus mentions him in his last address to the student body. To find out who wins, you'll have to tune in a watch the extra episode. Although, uh, it's possible, the title kinda gives it away.

Regardless, you should definitely tune in to watch It's the Great Pumpkin, Charlie Brown if you can. It'll be a fun night for you and your family, and you can never see it too many times. If, for some reason, you won't be able to watch it on TV, you can find the episode on YouTube, Amazon, and iTunes. You could also purchase the DVD from Amazon so you never have to worry about how you'll watch it ever again. Plus, if you own it, you can actually watch it on Halloween. But no matter how or when you watch it, definitely check it out if you can.