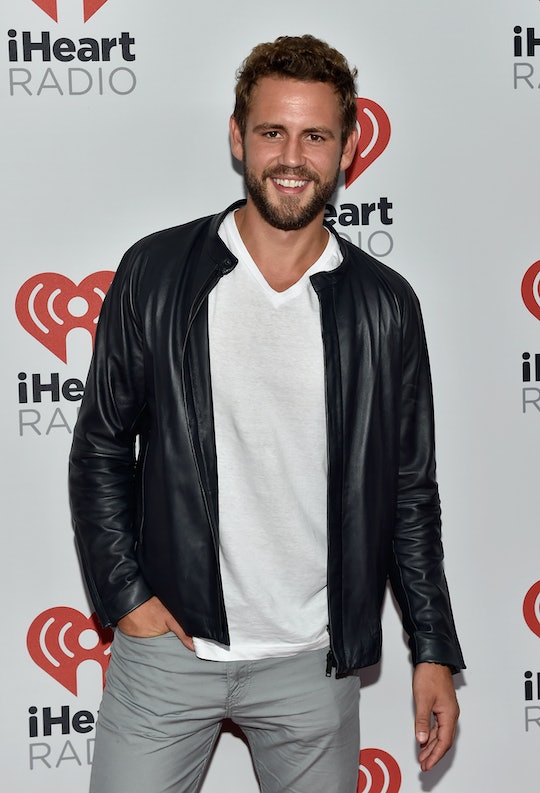 When Does Nick Viall's 'Bachelor' Season Premiere? He Has To Wait For His Time To Shine

Third time is a charm! On Tuesday's After Paradise show it was revealed that Nick Viall was the 2017 Bachelor. Everyone rejoice! (Hopefully you're celebrating with me, at least). After a very prolonged process of learning just who was going to be the leading man next season, we finally got the good word that it would be Nick, but that didn't answer every question. In fact, I almost immediately asked, OK, but when does Nick Viall's Bachelor season premiere? Well, patience is a virtue, and if Nick can wait years to be the Bachelor, I can wait a few more months.

Although there hasn't been an official premiere date for Nick's season of The Bachelor, we can assume that it will return during the winter season in 2017. Past seasons of The Bachelor premiere right after the new year, so why not ring in 2017 with Nick "no longer runner-up" Viall? Personally, I can't think of a better way to celebrate the new year. Of course, things can change, but perhaps we'll get more definitive dates by the end of Paradise. And if not, make sure you add a Google alert or something to know ASAP, because you're going to need to black out this date on your calendar months in advance.

Although there were rumors that the Bachelor was going to be Luke, or Chase, or Wells, or even Robby, Nick was the winner (FINALLY). It is Nick's time to shine. No longer second place. No longer "the other guy." This is Nick Viall's moment in the spotlight, and fans are absolutely freaking out about it. Let's just take a moment to look at some of the best reactions during this joyous time.

We have a lot to look forward to with Nick as our new leading man. I can't wait to see his journey. He has put a lot into this franchise, so it will be great that now he'll get to call the shots. I have no doubt that fans will love watching his time on the show... now we just have to wait.