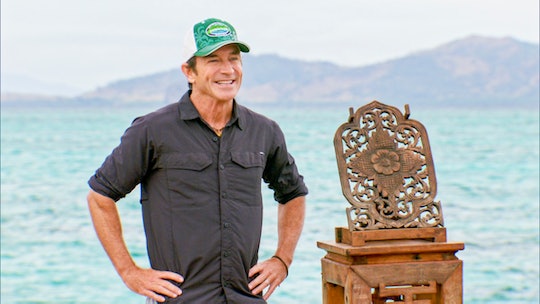 This season of Survivor has been a wild ride. With the the Edge of Extinction twist thrown in to make the game even more complicated than it already is, the castaways had plenty of tough decisions to make. Now, it’s down to the final five contestants and only one winner is about to take home the prize money. But with the season coming to an end, fans are no doubt wondering when Survivor Season 39 premieres. There is no time like the present to look ahead at what next season has in store for a whole new set of castaways.

As of right now, Survivor hasn't even been officially renewed, but a late renewal is typical for reality series and I don't think a CBS staple like Survivor is going anywhere anytime soon. And as long as Season 39 follows the same air date schedule as the past several seasons, fans can expect it to premiere sometime in September. That means fans will have to wait the entire summer for the next installment, but absence makes the heart grow fonder, and fans might need some time to process the Season 38 finale anyway.

Survivor typically airs twice every year — once in February or March and then again in September. There’s no reason to think Season 39 won't be here in time for the fall, even if that feels like a seriously long wait to some fans.

Right now, there are no concrete details about Season 39, but Inside Survivor reported that the Season 39 theme is Island of the Idols and that former Survivor winners Rob Mariano and Sandra Diaz-Twine will act as advisers to the new castaways. Similar to Edge of Extinction, the theme of next season will include randomly sending castaways to the island where Rob and Sandra will be waiting for them. It sounds like being banished to the island will be beneficial to the castaways, but right now, there have been no definite clues about next season from CBS directly.

One thing fans can probably count on, however, is the location for Survivor Season 39. The past few seasons have been filmed in Fiji and it is more than likely that the Season 39 castaways were sent to the island too. It has become a favorite for producers, so why mess with a good thing?

According to Survivor host and executive producer Jeff Probst, however, fans could be in for some big changes next season that will spice things up a bit. He recently tweeted that producers are "working on a new idea" to bring back the tribal auction element that hasn't been on the show for years.

Several seasons ago, the auction was brought in the show at random times to allow tribes or individuals to bid on different food items. The auction was taken away and since then, fans have wondered if it will be back. If Probst is trying to give the challenge a comeback for Season 39, I’m sure fans will welcome it with open arms.

He also tweeted to a fan who asked for 90 minute Survivor episodes and told them let CBS know that it’s what fans want. Probst said that Survivor has the content to fill extra long episodes, so if the CBS schedule allows for that next season, there seems to be a chance that fans could see longer episodes. Right now, there have been few details about Season 39 released, but it already seems like it could be a game-changer. To be fair, almost every season changes some game element to make the show that much more bonkers, but Season 39 will likely be worth the wait.