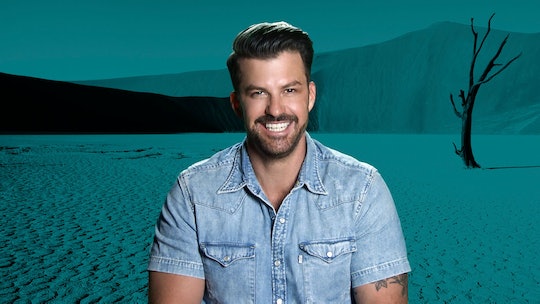 'The Challenge: War Of The Worlds' Is A Fresh Start After 'The Final Reckoning'

As much as MTV keeps introducing new reality shows to viewers, the network will always stay true to beloved originals like The Challenge, which is about to start Season 33. The season, The Challenge: War of the Worlds, is like a fresh start after three seasons which all coincided with each other. But when The Challenge: War of the Worlds premieres on Feb 6 at 9 p.m. ET, you’re still going to get a supersized cast of fan favorites. This time around, those favorites include past competitors from The Challenge and stars from shows like The Bachelor, Big Brother, and Survivor.

The season has taken the best and most notable contestants from tons of reality shows and created another season that’s sure to be totally bananas. Speaking of bananas, Johnny "Bananas" Devenanzio himself is also a contestant on The Challenge: War of the Worlds. Johnny Bananas has never really gone away, so it's not a total shocker, but die hard fans will be happy to see his familiar face ready to compete and win that prize money.

Two other blasts from the past, Nany Gonzalez and Wes Bergmann, last seen on Rivals III, will also be part of the Season 33 cast. Are you ready for what MTV is calling "The grittiest, most hardcore season ever"?

After the last three seasons, it's going to be hard to beat the drama, intensity, and twists The Challenge shocked viewers with. There were temptations, exes and rivals forced to compete together, and winners who chose to keep money for themselves despite working with teammates. According to the press release for the upcoming season, players new to the game will be faced with challenges of their own, while returning fan favorites will be forced to deal with past grievances among each other.

"Thirty-four competitors from around the globe will battle their way through the most grueling, physical and mental challenges for their share of the $1 million prize," the press release promises. "New rules will unfold, alliances will be rehashed and surprising twists will arise."

Other notable returning cast members include Natalie Negrotti and Paulie Calafiore who were both on Big Brother before MTV snagged them for the world of The Challenge. Big Brother Season 19 winner Josh Martinez will be making his Challenge debut in an attempt to take home more money than his original $500,000 winnings and Party Down South favorite Mattie Lynn Breaux will be popping her Challenge cherry this season too.

Every season, the goal is to make The Challenge more exciting and surprising than the one before it and every season that gets a little bit harder to do. In the past, the drama was in casting former Road Rules and Real World stars to throw former lovers and friends together and create drama while also forcing them to compete against each other. These days, it’s more about creating a new dynamic with reality TV stars from different shows on MTV and other networks. Johnny Bananas spoke to PopSugar about this casting decision and although it’s different than how things were when he started out on The Challenge in Season 13, he’s accepted the change.

"It's a double-edged sword. I can see both sides," he admitted. "I like the idea because it's bringing new eyeballs to The Challenge, but it's also diluting the show. The problem is, you don't have the same pool to choose from. There's no Road Rules and Real World is off the air. They're going to need real people to bring in... All I can do is just continue to be true to who I am and keep stirring the pot."

As someone who watches far too much reality TV, I am definitely ready to see some of my favorites back on-screen on The Challenge: War of the Worlds when it premieres on Feb. 6.