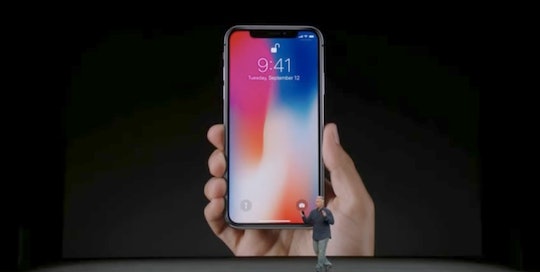 Everything We Know About The iPhone 8

Every year or so, the world stands (somewhat) still. And no, it isn't to celebrate the New Year, and it isn't to watch the Super Bowl. Almost annually, Apple prepares to announce their new line of products and software updates. This year is no different, except that this year is the 10th anniversary of the much beloved iPhone release. So obviously, this next iPhone has been buzzed about nonstop, and, as Apple is preparing to announce more details on this year's new iPhone and other products, many are wondering: when does the iPhone 8 come out? It's actually sooner than you might think.

According to the unveiling on Tuesday, the iPhone 8 will be available for preorder on Sept. 15, with orders shipping to customers and stores on Sept. 22. The new iPhone 8 and iPhone 8 Plus will both feature wireless charging, as well as many other new features that are firsts for the company's smartphone products. Of course, other smartphone manufactures like Samsung, have already introduced wireless charging options, but Apple is known to take a little more time in order to deliver the top quality products they're known for. On top of wireless charging, the iPhone 8 will also feature an enhanced screen and other notable changes.

According to Hypebeast, "the iPhone 8 features the same 4.7-inch display as the iPhone 7 with 2GB of RAM and start at 32GB of internal storage. The 8 Plus however boasts a 5.5-inch, 2.5D OLED edge-to-edge display." It's unclear whether Apple predicts the iPhone 8 and 8 Plus to sell out quickly, although if past releases are an indication, it might be a smart idea to go ahead and preorder if at all possible.

In addition to the display and storage features, the iPhone 8 will also have a new chip, the A11 Bionic, which Phil Schiller, Apple's senior vice president of worldwide marketing called, “the most powerful and smartest chip ever in a smartphone,” according to ABC News. In addition, the iPhone 8 will have a new glass, on the front and back, which Schiller referred to as the "most durable ever."

Of course, that isn't all the new iPhone 8 and 8 Plus will have to offer. Both phones will also include top-quality camera updates, with the iPhone 8 boasting a 12-megapixel camera, and the 8 Plus a 24-megapixel camera. Both of these new camera technologies will produce much better-quality photos, especially in lower light areas.

In addition to more high-quality pictures, the iPhones 8 and 8 Plus's new camera technologies will also allow users to have their faces scanned as a form of security. Obviously, that's pretty cool, but all these new features also come with a price tag. The iPhone 8 starts at $699, with the iPhone 8 Plus starting at $799.

Understandably, this seems like a pretty hefty cost for a phone, but many wireless networks offer phone update payment plans to help ease the burden. On top of that, it's also important to remember that the iPhone 8 is coming with new features that put past iPhones to shame.

The new camera and lighting capabilities are being touted as perfect for selfies, and the face-scanning technology makes phone security even more top-notch. Truly, the iPhone 8 is a game-changer in the world of smartphones. Which, whether or not you like it, is the world we all live in now. Pretty much everyone and their grandmother has a smartphone — and, honestly, iPhones are the best of the best when it comes to quality and innovation. So, if you want to experience the latest technology has to offer, get ready to preorder. The iPhone 8 will be huge.