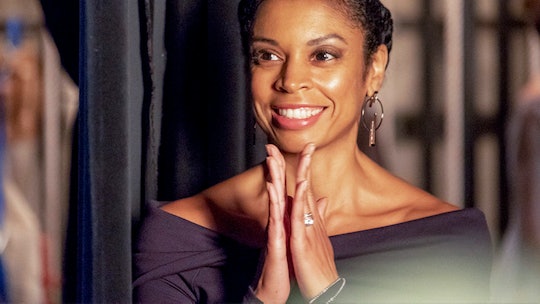 When 'This Is Us' Season 4 Will Air Is Still TBD, But Nothing Can Prepare You For It

NBC hasn't officially confirmed This Is Us for a fourth season yet, but if the network does give the hit series a green light for more, then fans can probably guess when the Season 4 premiere will air. The first three seasons were released on Tuesdays in late September. Season 1 premiered on Sept. 20, 2016, Season 2 aired on Sept. 26, 2017, and Season 3 made its debut on Sept 25, 2018. So, if NBC decides to pick up the series and keep up with tradition, then it's likely that This Is Us Season 4 could be released on Sept. 17 or 24.

Back when Season 2 premiered, Fogelman revealed to Entertainment Weekly that he pitched the first four seasons of the series when he delivered the script for the pilot. Now, as Season 3 is winding down and storylines come together for the finale, Fogelman announced that he has already written the Season 4 premiere. And yes, the This Is Us team knows exactly where a potential upcoming season is going.

In the past, Fogelman has made it clear that the stories told in the third season will lead to more in the fourth season.

“We’ve got multiple seasons mapped out,” Fogelman told Deadline in February. “I think this season has been a lot about redemption, but also a lot of rebirth. Next season is a season of new beginnings and restarts.”

Then at the This Is Us PaleyFest panel on March 24, Fogelman made a few major announcements about the show's future.

"Our world’s going to expand a little bit in a really interesting way," Fogelman said, per Variety. "I think where we’re starting the season is as ambitious as we’ve been, kind of like storytelling way. We have a plan; we’re at the midpoint. We know where we’re going, we know what we’re doing. I’m more excited about the back half of the plan than the front half.”

The publication also explained that Fogelman dropped a major spoiler in regards to a Season 4 guest star. At the panel, the show creator revealed that Rebecca's father, who fans have yet to meet, will “be a prominent part of the show.”

That being said, the fourth season may not be as exciting as it seems. For the Pearson family, at least. During a fun segment at the PaleyFest panel, Justin Hartley gave a summary of Season 4, as Entertainment Weekly reported. "Everyone is not okay," he said.

Awesome. Really, truly awesome. Basically, This Is Us Season 4 is already on track to emotionally destroy its fans, just like the first three seasons. It is just me or are you suddenly nervous about what's coming up next?