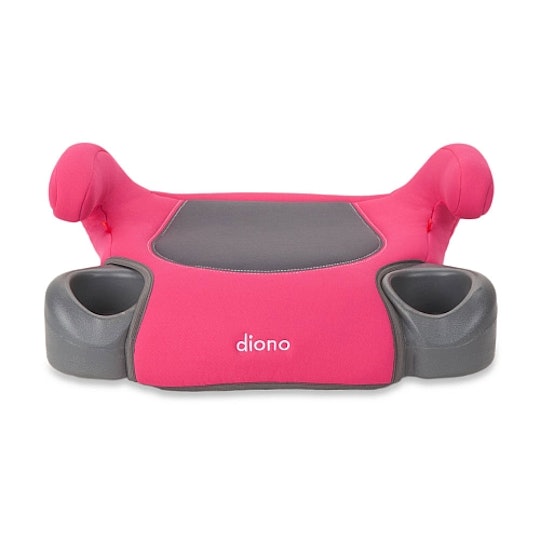 Many years ago, booster seats were widely considered something of a luxury. A nice idea, in theory, but necessary? Not always. Those were the days when children moved from car seat to seat belt at the parent's discretion more often than not; those days are quite gone. Now booster seats are an important transition for children who have outgrown their car seat. And parents have access to guidelines that tell them when a child is ready for a booster seat, rather than simply having to wing it, as it were.

While child safety seats are the safest way for children to travel, booster seats remain an integral step as children grow. According to the Baby Center, many parents are still skipping booster seats in favor of moving their child right from car seat to seat belt, despite the American Academy of Pediatrics which recommends:

Booster seats are for older children who have outgrown their forward-facing seats. All children whose weight or height exceeds the forward-facing limit for their car seat should use a belt-positioning booster seat until the vehicle seat belt fits properly, typically when they have reached 4 feet 9 inches in height and are 8 through 12 years of age. Most children will not fit in most vehicle seatbelts without a booster until 10 to 11 years of age. All children younger than 13 should ride in the back seat.

While the AAP recommends booster seats based on height guidelines (a child should be at least four feet nine inches), there are several other factors parents should consider before moving their child to a booster seat.

Shoulders are above the top harness slot

Ears are have reached the top of the seat.

Alliana Pinkerton, a child passenger safety specialist for car seat manufacturer Diono, told Parenting.com that there are three important questions parents should ask themselves before moving to a booster seat.

To be able to use a booster seat your car needs to have shoulder belts in the back seat (children under the age of 13 must always travel in the back seat, regardless of their height or weight). There are also a few different types of booster seats, high-backed and low-back, according to the AAP:

Both types of boosters are designed to raise your child so seat belts fit properly, and both will reduce your child's risk of injury in a crash. High-back boosters should be used in vehicles without headrests or with low seat backs. Many seats that look like high-back boosters are actually combination seats. They come with harnesses that can be used for smaller children and, later, removed for older children. Backless boosters are usually less expensive and are easier to move from one vehicle to another. Backless boosters can be used safely in vehicles with head rests and high seat backs.

Booster seats are vital to a child's safety in a vehicle. Seat belts were designed for adult bodies, and Baby Center noted that children who were literally "boosted" by their booster seats were 45 percent less likely to be injured in a potential crash.

Booster seats are inexpensive, easy to transport... and go a long way to keeping your child safe on the roads.