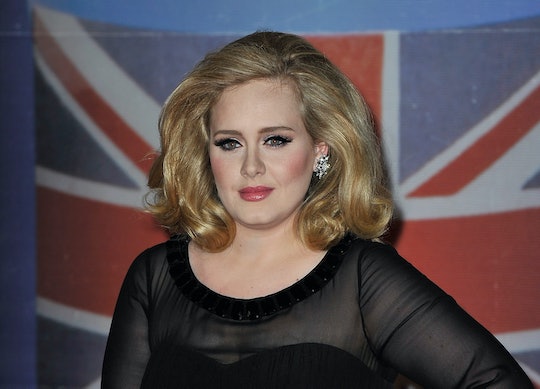 When Is Adele's New Album, '25,' Coming Out? Parts Have Leaked, But Still Be Psyched

It's been four years since Adele's last album, 21, dropped (and for Adele fans, that is three years too long). Good news, we don't have to wait any longer! Adele's new album, 25, will be released on Nov. 20 worldwide. Of course, the album has been leaking all week, but it'll be for sale on Friday, and fans are still psyched. Adele's first single, "Hello," was made available for purchase on Friday, Oct. 23, the same day the music video debuted. It quickly topped the Billboard Hot 100 charts, and just last week set a record for "the most U.S. downloads sold in a week: 1.11 million, according to Nielsen Music. It's the first song ever to sell at least 1 million downloads in a week."

So what can we expect on Adele's new album? Reps for the singer/songstress extraordinaire have shared the tracklist for 25, below:

In addition to these 11 songs, a deluxe version of 25 (exclusive to Target) will include three bonus tracks: "Can’t Let Go," "Lay Me Down" and "Why Do You Love Me."

On Tuesday we got another taste of what this album may bring when Adele released the video for "When We Were Young," and it was all I could do not to listen to it on repeat all day, like I've been doing with "Hello" since it dropped. November 20 cannot come soon enough!