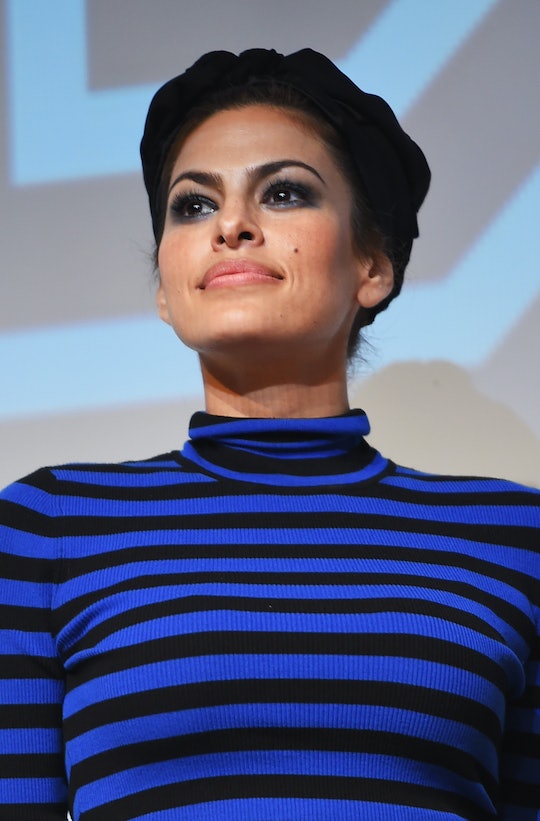 When Is Eva Mendes Due? Baby Number 2 Might Be Here Soon

It's been one heck of a day in the celeb-parenting world. Us Weekly reported Thursday that actress Eva Mendes was expecting her second child with longtime boyfriend Ryan Gosling, after the actress was spotted hiding her budding baby bump during a photo shoot in Los Angeles in February. The Hitch actress has been taking a break from Hollywood to focus on her family recently, and with the possibility of another bundle of joy on the way, some may be wondering: When is Eva Mendes due to deliver her next bundle of joy?

Us Weekly first broke the news, reporting that multiple sources had confirmed the actress’s second pregnancy with her partner of nearly five years. A separate source also claimed in a comment to E! News that the couple were expecting, adding that Mendes was already in her second trimester. The couple's reps have both declined to comment on the issue as of press time.

Mendes and Gosling, whose romance began on the set of The Place Beyond the Pines in 2011, are already parents to their daughter, 1-year-old Esmeralda, who was born on Sept. 12, 2014. The couple has done a good job keeping their personal lives private and has yet to share a photo of their surely darling daughter.

Mendes, 41, revealed in an interview with The Today Show last October that she was taking a break from Hollywood to dedicate more time to family and motherhood, referring to little Esmeralda as her “moral compass.” The actress also revealed Gosling, 35, was a “hands on dad.”

“I love being an example to somebody,” the actress told The Today Show. “If I’m even like, ‘Oh, what should I wear? Or, should I do this project? All I have to think about is my daughter and her face, and I know the answer immediately.”

It’s been baby bonanza this week — news of Mendes’s pregnancy came only hours after news broke that actors Blake Lively, 28, and Ryan Reynolds, 39 may be expecting their second child. Rumors of the Lively's pregnancy first cropped up after photos of the Gossip Girl alum sporting an adorable baby bump in a fitted wetsuit on set of her next film The Shallows began circulating online. The couple have not commented yet, but the internet is understandably overjoyed.

More on the baby news front: Actress Megan Fox, 29, showed off a surprise baby bump at CinemaCon 2016, making it her third child. And in even more exciting news earlier this week, Netflix’s Unbreakable Kimmy Schmidt star Ellie Kemper announced that she was pregnant with her first child.

A-list couple Mendes and Gosling may be keeping their baby news on the down-low, but the internet is high with all the baby excitement buzzing about — which means the rumor mill won't be grinding to a halt anytime soon.