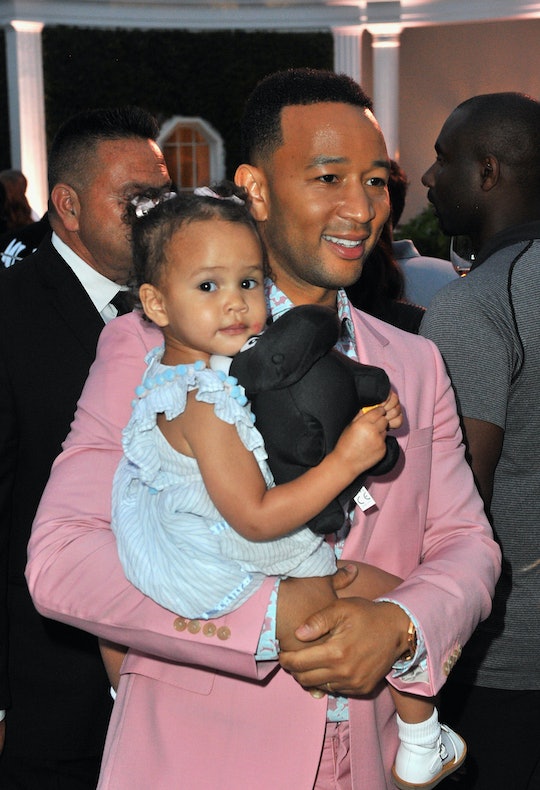 Around Father's Day every year, my husband always rolls his eyes at the greeting card displays and jokes that he must not really be a father, since he doesn't fish, golf, or watch football. But he'd secretly be disappointed if we didn't celebrate his special day, so I'd better make sure I know when Father's Day is this 2019. And so should you, if you have an important dad (or two, or three) in your life.

Father's Day always falls on the third Sunday in June, affirmed Time and Date, and for 2019, that date this year is June 16. That puts it just a little less than a month after Mother's Day, which is always celebrated on the second Sunday in May. Personally, I like this scheduling; it's just long enough to plan properly for shopping or making reservations to a dad-approved event, but not so far from Mom's time that it feels like an afterthought.

If you look at the origin stories for the holidays we take for granted today, you'll see that most of them are so full of complications and roadblocks that it's a wonder they ever made it to the calendar in the first place. Father's Day is no exception. No one can even quite agree on how the idea first came to be, explained The Old Farmer's Almanac. It may have originated with a tragic mining accident in 1907 in Monongah, West Virginia, which claimed 250 fathers among its 361 victims. Grace Golden Clayton, the daughter of one of the miners, convinced her pastor to hold a memorial service for the lost fathers, but it remained a one-time event.

A year later, a woman named Sonora Louise Smart Dodd took up the cause of honoring dads. By this time, the concept of Mother's Day was catching on, thanks to the efforts of Anna Jarvis, and Dodd thought the idea should be expanded. She and her five siblings had been raised by their father, a Civil War veteran and widower, so she had good reason for wanting to give equal time to the dads of America. She chose her dad's birth month of June as the proposed time to celebrate fathers.

As the History Channel told it, Dodd approached everyone in her area from business owners to local government officials to the YMCA, and in 1910, Washington became the first state to celebrate Father's Day. But its road to national recognition would be a long one. Even though President Coolidge supported the idea of state celebrations, it met with resistance. Some people felt that it was just a ploy to "domesticate manliness with flowers and gift-giving," while others thought it would be better to establish a single National Parents' Day and leave it at that.

In the end, commercialism and patriotism won out. Stores hit hard by the Depression began enticing shoppers with ads for men's products to boost their June sales. Not long after, World War II provided the perfect opportunity for promoting Father's Day as a way to support dads fighting overseas. By the post-war era, honoring fathers in June was as ingrained in the American spirit as setting off fireworks on July 4. Still, it didn't become a federal holiday until President Nixon declared it one in 1972.

True to tradition, we do show our love for dads with our wallets even now; according to Entrepreneur, Americans shell out $13 billion for Father's Day. Still, that's 38 percent less than we spend on our moms the previous month. And if you're debating what to get your sweetheart, father, stepdad, or uncle, here's a hint: A poll cited by Entrepreneur showed that guys are into gift cards and electronic gadgets such as smartwatches and VR goggles. What to avoid? Magazine subscriptions (ho-hum) and gym memberships (um, can we say "subtle fat-shaming"?).

For those of you who really like to plan ahead, Father's Day 2020 will be June 21. Maybe by that time, someone will have come up with a greeting card featuring some of my husband's interests. (Any theater-tech fans out there?)