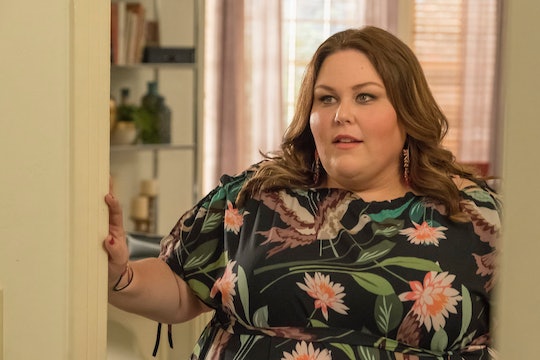 Save The Date: Kate & Toby's Wedding On 'This Is Us' Will Be Here Before You Know It

After a season full of heartache and tragedy, The Is Us is long overdue for some fun and happier memories for the Pearson family to build on moving forward. Granted, things can't truly have a happy ending without Jack, but Toby is a decent substitute. That being said, I can’t be the only one who has been asking, when is Toby and Kate’s wedding on This Is Us? Luckily, it sounds like the big day is going to be here before you know it. As in, at the end of the final three episodes of the season, and oh yeah, we are definitely in the final stretch of Season 2 with just three episodes total remaining.

And since Tuesday’s episode on Feb. 27 is all about the shared bachelor and bachelorette party, it’s safe to say that the wedding will take place either on March 6 or March 13, the latter of which is when the season finale is set to air. Regardless, according to creator Dan Fogelman, the rest of the season will be very Toby and Kate-centric, at least where the present day scenes are concerned. "We have a lot of Kate and Toby wedding stuff building that is a big high point for the rest of our season," he told Glamour ahead of the "Super Bowl" episode. "We have the bachelor party, bachelorette party, [the] wedding, so we have a lot of stuff like that headed our way."

In the promo for Tuesday’s episode "Vegas, Baby," it looks like a lot of the present day focus will be on Kate and Toby’s joint party, so it’s only a matter of time before their wedding plays out and I can only imagine that it will be saved for the Season 2 finale. When speaking to Glamour in a separate interview, This Is Us co-showrunner and executive producer Isaac Aptaker said that "Yes. I think we can safely say that. We’re driving towards a wedding for Kate and Toby by the end of our season," so all of the Kate and Toby fans who have been waiting for this wedding since Season 1 can rest easy knowing that they’re finally about to start the rest of their life together.

Aptaker confirmed as much when he spoke to The Hollywood Reporter and revealed that while Tuesday’s episode will focus on the bachelor and bachelorette party, March 6’s episode will be more about Deja’s past, and the season finale on March 13 will see all of the Pearson family gather at a special place, the family cabin, for Kate and Toby’s wedding. "It's always so much fun for us whenever we can have all of our characters in one place, which is a little rare because of the nature of the show and everyone living on different coasts," Aptaker said.

After a couple of extremely emotional episodes all about Jack’s death and the aftermath, I think viewers are entitled to some happier times, so I can't wait to see this all unfold. Not only that, but I’m inclined to believe that Season 2 will leave off with the kind of cliffhanger ending or big reveal the show is known for, so before that happens, of course there has to be a big happy wedding to make things a little more lighthearted than they’ve been.

With just three episodes left to end the season, each one sounds more important and jam-packed than the last, so I think This Is Us fans can relax knowing that there probably won’t be any more tragedy to deal with before the season officially ends. Hopefully.