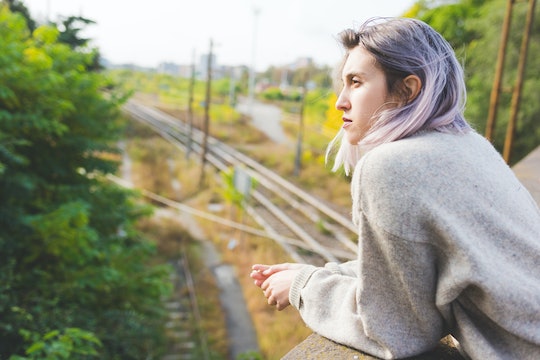 Feeling More Exhausted Than Usual? Mars Retrograde Might Be To Blame

Have you suddenly found yourself feeling lethargic and unmotivated? Has your self-confidence taken an unexpected nosedive? Your sex life cooled off a bit? It might not be the heat wave that's got you in a slump. It could have something to do with a certain planet's unusual movements. If you're feeling a little off lately, here's what you need to know about when Mars goes into retrograde and how it affects you.

On June 26, we entered a period of Mars in retrograde - and it's going to last all the way to August 27. So that means that all summer long, the Mars retrograde will affect you in some way.

What the heck is a retrograde? And what does a planet millions of miles away have to do with your energy and motivation? Here's a quick rundown: You may know that your early May birthday makes you a Taurus. But there's a lot more to astrology than that.

Astrologers track the orbits of all the planets and their distance from each other throughout the year. When a planet appears to be moving at a normal rate, it's known as "going direct." But because planets don't travel at the same rate of speed or along the same orbit, there are times when a planet appears to slow down - or even go backwards. When this occurs, the planet is said to be "in retrograde" (which has nothing to do with going stylishly retro).

Which brings us to Mars. The famous red planet goes retrograde about once every two years, according to NASA, and stays that way for about two months.

Astrologers believe that each of the planets governs certain aspects of the human personality, as well as ruling one or two astrological signs. For instance, Mars, as befits a planet named for the god of war, is said to influence our levels of aggression, competition, self-motivation, and sexual passion, according to AstroTwins astrologers Ophira and Tali Edut.

Now that Mars is in retrograde, it's as though someone pushed the "pause" button on all those qualities. What's more, there are four other planets in retrograde at the moment - Jupiter, Mercury, Saturn and Pluto - which means that you may feel stuck or unfocused in a number of areas of your life. Ever hear someone say, "Mercury must be in retrograde" when the office computers go down or a misinterpreted text sparks an argument? That's because Mercury rules communication and the way you relate to others.

That's not to say that you can't have a wonderful summer; in fact, the languid and casual vibe of the season seems like a perfect match for a planetary slowdown phase. The key is to go with the retrograde flow and avoid (as much as possible) the situations that are best handled when Mars is back to its dynamic self on August 27. Here are a few examples:

So take it slow, use the time to reflect and renew, and by the time Labor Day rolls around, your physical and mental batteries will be recharged for the coming season!