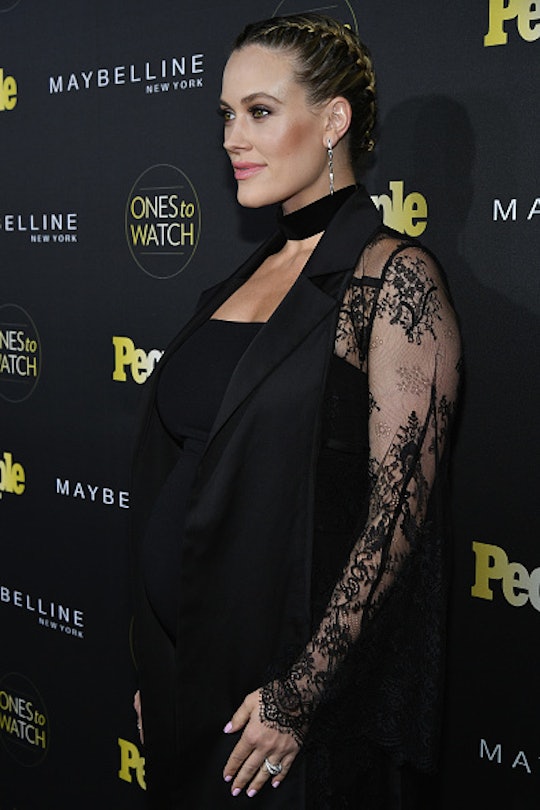 When Is Peta Murgatroyd's Baby Due? The 'DWTS' Progeny Will Be Here This Winter

In September, Maks revealed that Peta's due date is January 2 of next year, meaning the couple has just a few months left to make sure everything is perfect and ready for the arrival of their little one. The two are obviously extremely excited about their little bundle of joy, and Maks in particular has been super exuberant about how pumped he is for his son to get here. He recently revealed in the Daily Dish that he will not be returning to Dancing With the Stars next season because he will be too busy changing diapers, cleaning up spit-up, and singing "Twinkle Twinkle Little Star." Basically, he said that he doesn't want to miss out on a single moment of his son's life. While Peta is out chasing her dreams, Maks is happy to be a stay-at-home dad.

One would think that the new baby would put the couple's wedding plans on hold somewhat. But it turns out that that will not be an issue. Peta has said that the timing actually works out perfectly. After their engagement last December, they were planning on getting married in the summer of 2017. After the baby is born, that will give Peta a good six months to plan the wedding right on schedule. I have to hand it to this girl's ambitious scheduling. Six months isn't usually a ton of time to plan a wedding, and that's without a newborn child. If she does all that and manages to make it back to Dancing With the Stars then she is officially superwoman.