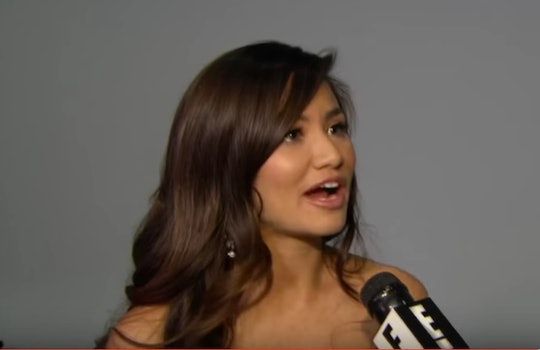 When Is The 2016 Bachelorette Premiere? Keep An Eye Out This Summer

Fans of The Bachelor will all watch this Monday as Bachelor Ben Higgins makes one woman his fiance and breaks the heart of another. Most anticipate this event of the season as a bittersweet occasion — it marks the end of our favorite guilty pleasure. It will be hard for viewers to say goodbye to Ben's sweet personality, but it is time for fans of Bachelor nation to move on to a new man in their lives — or should I say a new group of men? This period of goodbyes brings us a new chapter in the continuing of our obsession with Bachelor nation. When is the 2016 Bachelorette premiere? ABC has not made any official statements, but I would keep an eye out this summer.

Rumors have been swirling that second runner-up Caila Quinn is going to be the next Bachelorette. US Weekly reports that cameras were filming Caila in her hometown of Hudson, Ohio for her "Bachelorette intro package." Scandalous.

While all of this has been going on, ABC has not released any official statements about who The Bachelorette will be, when it will be announced, or when the season will be aired. However, history has a way of repeating itself.

Last year, after it was announced on March 9 that Kaitlyn Bristowe and Britt Nilsen were to become the first dual Bachelorettes for Season 11 of The Bachelorette, filming for their season began just three days later on March 12. The show premiered just two months later on May 18.

While we can't be 100% sure when the 2016 Bachelorette will premiere, one could assume judging from the past, we should expect a premiere by May or June — given there are not any delays in production and assuming that a Bachelorette has been picked by now.

Despite The Bachelor coming to an end so soon, it looks like Bachelor nation will have more to look forward to in the upcoming months. Last year, Bachelor in Paradise aired in September and Bachelor creator Mike Fleiss announced that they are currently casting the show, with Lace being a confirmed contestant.

I hope ABC makes some announcements soon. I am so excited for this next season of The Bachelorette to air.