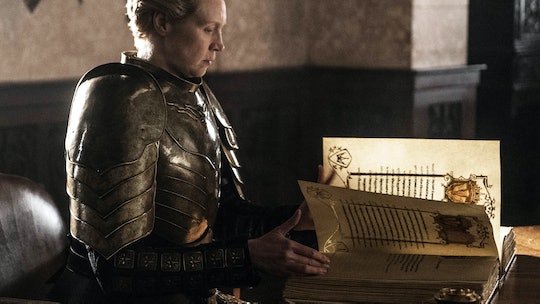 Hold Up, How Many Years Apart Are 'Game Of Thrones' & Its Prequel?

On May 19, I chose to watch the Game of Thrones series finale instead of catching up with BTS' last U.S. concert on social media. And quite frankly, it was a mistake. Although I was disappointed with the eighth and final season, along with thousands of other fans, HBO already confirmed a prequel to the hit series. And yes, it will surely have viewers — including myself — crawling back for more. But when is the Game of Thrones prequel set? Luckily, a few details have already been released.

According to the official description provided by HBO, the prequel will take place thousands of years before Game of Thrones. But how many years is that exactly? Per Entertainment Weekly, that's still a little bit unclear. The publication revealed that the Game of Thrones prequel would be set 10,000 years before the flagship series. But later, author George R.R. Martin pointed out that the time between the two shows would actually be about 5,000 years. Martin explained:

10,000 years is mentioned in the novels. But you also have places where maesters say, ‘No, no, it wasn’t 10,000, it was 5,000.’ Again, I’m trying to reflect real-life things that a lot of high fantasy doesn’t reflect. In the Bible, it has people living for hundreds of years and then people added up how long each lived and used that to figure out when events took place. Really? I don’t think so. Now we’re getting more realistic dating now from carbon dating and archeology. But Westeros doesn’t have that. They’re still in the stage of ‘my grandfather told me and his grandfather told him.’ So I think it’s closer to 5,000 years.

Still speaking to Entertainment Weekly, Martin also shared that the 5,000 year difference would mean introducing fans to a world they don't already know.

“Westeros is a very different place. There’s no King’s Landing. There’s no Iron Throne. There are no Targaryens," Martin said. "Valyria has hardly begun to rise yet with its dragons and the great empire that it built. We’re dealing with a different and older world and hopefully that will be part of the fun of the series.”

As for characters, it's pretty obvious that the prequel won't be featuring Kit Harrington's Jon Snow or Isaac Hempstead Wright's Bran Stark. Instead, the Game of Thrones spin-off cast will be made up of fresh actors, including Naomi Watts from 21 Grams, Josh Whitehouse from Poldark, and Jamie Campbell Bower from Fantastic Beasts: The Crimes of Grindelwald.

In Oct. 2018, Martin announced Watts' involvement in the prequel series, along with the unofficial title, which has yet to be confirmed by HBO.

"Casting is now underway for The Long Night, the first of the Game of Thrones successor series to ordered to film," Martin wrote on Twitter.

While a cast makes the Game of Thrones prequel all-the-more real, the currently-nameless project developed by Jane Goldman still has a long way to go until it's seen by viewers everywhere.

In Feb. 2019, Entertainment Weekly spoke with HBO programming president Casey Bloys, who shared that production for the prequel would begin in early summer. That being said, the publication also revealed that it's unlikely that HBO will release a prequel within a year of the Game of Thrones finale and if the new show is greenlit to series, "the project theoretically could be on the air in 2020 or 2021." But as of now, there's no official premiere date.

Whether you were captivated or disheartened by the Game of Thrones series finale, with an all-new story and team, the prequel series will definitely be one to keep an eye on — no matter when it is released.