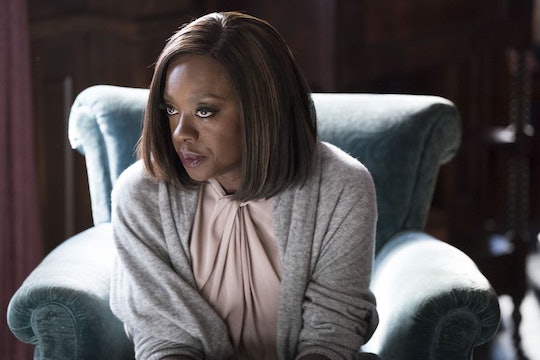 'HTGAWM' Season 4 Will Pop Up On Netflix In No Time

The fourth season of How to Get Away With Murder is coming to close, and, if you can believe it, some people actually didn't tune into all the excitement. But don't worry because there's definitely a way to catch up, which is why you need to know when HTGAWM Season 4 will be on Netflix. Luckily, the wait shouldn't be too long.

In the past, seasons of HTGAWM were added to Netflix as early as May and there's no reason why that shouldn't also be the case with Season 4. However, if you can't wait those two months to know what you missed, or just to rewatch the season, you can always purchase episodes from iTunes or Amazon Prime Video for $2.99 each or get the whole season for $29.99. Additionally, you can find the five most recent episodes from the season on Hulu, although the older episodes won't be on there so you won't get to completely marathon the fourth installment, but it's certainly better than nothing.

Regardless, your best option is probably to just wait until the whole season hits Netflix so you can just sit down and watch it from beginning to end. If you want, you can even go all the way back to Season 1 and start from the very beginning to see just how much trouble your favorite characters have gotten into over the years.

In Season 4 specifically, a lot went down that you'll want to see. For one, there was Laurel's mission to take down her father and his company, Antares, which went terribly wrong. There was also the issue of figuring out who Laurel's baby daddy really was once and for all, and then the birth of said baby, which unfortunately was not an easy birth and took place in the elevator of Annalise's hotel.

Besides that, Annalise was also trying to get back into the ring as a badass attorney with a class action lawsuit that ended up going all the way to the Supreme Court. It was there that she teamed up with Olivia Pope, making it possibly the greatest crossover of all time. Annalise also got a new therapist to help her stay sober, but that went south pretty quickly when the two started developing feelings for each other. As for the romantic relationships on the show, while Oliver and Connor began to find equal footing in their relationship again, Michaela and Asher's relationship took a turn for the worse, when Michaela made a terrible mistake by cheating on him.

Annalise and Nate also seem to be on the road to getting back together, since Annalise made Nate's dad the face case for her class action suit, and Laurel and Frank are apparently a thing again now as well (kinda). Thus, the season was filled with the usual number of twists and turns, that kept viewers guessing every step of the way, and now going into the finale, fans are still left with a number of questions.

Did Bonnie die in the car accident that was mentioned at the end of the penultimate episode? Did Laurel kill her mom for telling her father about Wes, which ultimately led to his death? Is Simon really going to cooperate with the Keating Five? And how will Annalise get the Antares files from Denver?

There's a lot that still needs to be resolved on Thursday night, but knowing HTGAWM, fans will only be given some of those answers and will have to wait until Season 5 to get more. Although the series hasn't been renewed yet, fans are hopeful it'll come soon. Until then, make sure to tune in for the HTGAWM season finale on Thursday, March 15 at 10 p.m. EST on ABC to see how this season comes to a close.