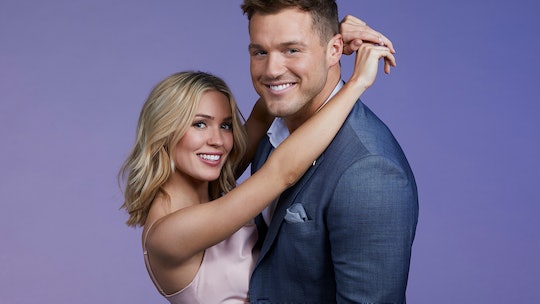 Bachelor Nation constantly wonders about two questions all year-round — Who wins The Bachelor/ette and who will be the next Bachelor/ette? While fans spend their time speculating a thousand different outcomes, they know ABC has the final word, and nothing ever goes exactly as planned. However, as Hannah's season winds down, everyone can practically taste a Bachelor reveal on the horizon, and any sense of calm flies out the window. So when will the new Bachelor be announced? 2020 feels like centuries away, but fans hope that the hit reality franchise has already found its next lead for Season 24.

As of this write-up, there are no official details in regards to the 2020 Bachelor announcement. But given the past 23 seasons of the show — and 15 seasons of The Bachelorette — fans already have a pretty good reference when it comes to The Bachelor's timeline. For example, Colton Underwood's 2019 Bachelor announcement was made on Good Morning America in early Sept. 2018, exactly one month after The Bachelorette aired its finale and shortly after his exit on Bachelor in Paradise. ABC also declared Arie Luyendyk Jr. as the Bachelor in early Sept. 2017. But Nick Viall, Ben Higgins, and Chris Soules were reported in late Aug. of their respective years. Meanwhile, Hannah Brown was revealed as 2019's Bachelorette during Colton's "After the Final Rose" special episode. Thus, the Bachelor announcement for 2020 really depends on how early the producers cast their male lead.

According to The Hollywood Reporter, The Bachelor is filmed in the fall, which gives producers plenty of time to choose their leading man from the previous season of The Bachelorette. The publication also pointed out that past Bachelors like Nick and Colton were chosen after their time on Paradise. So if ABC doesn't have a clear frontrunner following Hannah's season, they might wait and see how fans react to contestants this summer.

For now, everyone seems to be rooting for Tyler Cameron, Peter Weber, John Paul Jones, and "Big Mike" Johnson. However, following the "Men Tell All" special on Jul. 22, many fans chose Mike as their top contender for Bachelor 2020. And yes, it looks like a definite possibility.

After the "Men Tell All" taping, host Chris Harrison spoke with THR and teased the idea of Mike as the new Bachelor for Season 24. "Everyone’s excited about Mike here tonight," Chris said. "I love him. The smile, the charm, the sincerity, the maturity. He’s a great man and I feel like he’s a dear friend of mine already, so he’s a great candidate and he’s definitely going to be in the mix."

Honestly, I'm here for Mike as the next Bachelor and am so ready to head his 2020 campaign when he appears on BIP. Nevertheless, I know that a decision has yet to be made, and everyone will just have to hold on for a few more months. But if ABC chooses to reveal their Bachelor pick like previous seasons, then fans will know by late Aug. or early Sept. Now, let's just hope it'll be worth the wait.