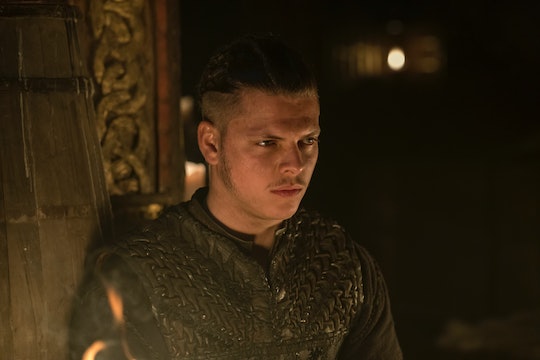 'Vikings' Season 6 Could Premiere Before 2019 Is Over

The war paint has barely dried on Bjorn and Ivar's faces in preparation of their upcoming battle, but it's never too soon to be thinking ahead. It was announced earlier this season that Vikings Season 6 will be its last, which makes the end of this season all the more important to set things up. And when Vikings returns for Season 6, you have to expect that the writers will be bringing out all the stops for what’s sure to be an epic conclusion to the History series. Right now, there’s no official premiere date for Season 6, but if it follows the same schedule as the past couple of seasons, fans should be reunited with their favorite Viking warriors as soon as November 2019.

The bad news, however, is that because Season 6 is going to be 20 episodes like Season 4 and 5, it will likely be split up into two parts, stretching it as long as possible. Deadline reported that this could mean that even if Vikings returns for Season 6 in November 2019, the season might not finish airing until 2020. Some fans may love the idea of the final season lasting as long as humanly possible, but the expected hiatus in the middle of the last season will probably feel a lot longer than it is.

Series creator Michael Hirst recently spoke to Entertainment Tonight about a game-changing Season 5 finale. He teased a twist that viewers should look out for to potentially set things up for Season 6. I don't know if it happens during battle or directly after, but it definitely sounds important.

"There is an extraordinary twist right at the end of the season, which brings about a change that you just haven't seen coming, that seemed impossible," he revealed. "So basically, you will experience, as you watch it, very unexpected twists and turns. But right at the end, there is something that... you can't see that coming."

Maybe Hirst was referring to the death of either Ivar or Bjorn, but right now, it's too hard to tell for sure.

Entertainment Tonight also reported that Katheryn Winnick, who plays the former Viking queen Lagertha, will make her Vikings directorial debut in Season 6. I don't know if that means her character is sticking around or that the actress herself will just be on hand for the different role, but it could make for an important episode in the final season of the series.

Vikings fans are used to the waiting game by now, so if Season 6 is split into two parts that air within a year of each other, it won't be anything new. Personally, I would prefer waiting longer to have all of the episodes upfront rather than spread out, but I may be in the minority there. At least this way Vikings Season 6 will feel less rushed and as monumental as it will likely be.

So far in the series, they’ve covered decades of Viking wars and invasions. There have been multiple leaders in power at different points and shocking deaths to rival the surprise factor expected from Game of Thrones. It’s hard to say what twists are in store and what’s left to do that hasn't been done already, but I’d imagine most fans are excited that there will be closure at the end of it all. Well, as much closure as possible, given that the already announced spin-off might pick things up wherever they leave off.

Vikings Season 6 will more than likely premiere its first half in November 2019, but until then, viewers will get to watch the latest battle go down in Wednesday’s Season 5 finale.