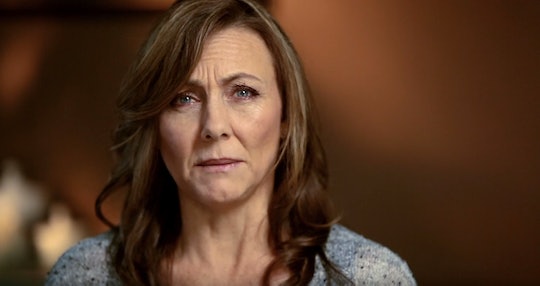 In Netflix’s true crime documentary, Abducted in Plain Sight, viewers got an inside look into what Jan Broberg and her family faced when she was kidnapped and sexually assaulted by a family friend. The film features heartbreaking interviews from the entire Broberg family, including Jan’s two younger sisters, Karen and Susan. So where are Jan Broberg’s sisters now?

According to the Prescott High School faculty page, Karen Broberg (now Cambell) is a math teacher who lives and teaches in Prescott, Arizona. Susan Broberg is an attorney in Utah, and according to her law firm’s website, she has been practicing immigration law for 16 years. In Abducted in Plain Sight, both Karen and Susan recount their childhood memories of Jan’s kidnapping and their family’s relationship with her abductor, Robert “B” Berchtold. They each describe the events before, during, and after Jan’s abduction, and discuss how hard it was not only for them, but for the family as a whole.

When Jan was just 12-years-old, Berchtold befriended the Broberg family, and eventually manipulated Jan’s parents — Bob and Mary Ann — into separate sexual encounters. Berchtold then used those trysts as leverage to blackmail Jan’s parents into staying quiet about his infatuation with Jan. In the documentary, Jan details how Berchtold kidnapped her twice, once at the age of 12, and then again at the age of 14.

She recalls how he brainwashed her into believing she was part of an alien conspiracy, and that she had to carry his child in order for her family, and the world at large, to survive. With this indoctrination, Berchtold kept an emotional and physical hold on Jan for years. It wasn’t until she turned 16 that Jan realized his alien apocalypse story was a lie, and the first person she told was her sister Karen.

“Yeah, that night was very significant and you know, something that has affected me my whole life because it was not comfortable to hear that about your sister, and have to have those visions in your head, and one that I don’t think my parents wanted to have either,” Karen tearfully says in the documentary. “And I think that’s why they didn’t probe more when they knew something had happened — It’s too painful for them to realize that they allowed that to happen to her, and they don’t want to know.”

Now as adults, all three Broberg sisters seem to be thriving and living life on their own terms, and while many have criticized the way their parents handled the situation, they credit their parents’ love for helping them survive. “It would have been different if Jan hadn’t been kidnapped, I’m certain, but I didn’t feel cheated out of my childhood.” Susan says in the documentary. “I’m incredibly lucky. I’m blessed with those parents of mine, and my sisters.”

After all the heartache and pain they suffered, it’s nice to know that the Brobergs have been able to pursue full successful lives. And hopefully, after sharing their story with the world, parents everywhere will learn to be more vigilant about the people in their children’s lives.

Abducted in Plain Sight is currently streaming on Netflix.