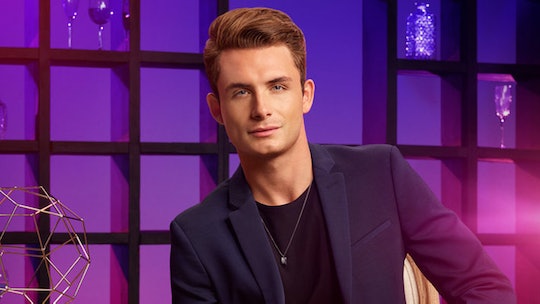 Yup, You Can Still See James Kennedy DJ Outside Of 'Vanderpump Rules'

Everybody loves a good villain. Luckily, Bravo's Vanderpump Rules is stocked full of them. While fans are used to seeing Jax Taylor claim the title, it was DJ James Kennedy that stole the crown in Season 7. James, who is best known for his See You Next Tuesday set at SUR, was fired by Lisa Vanderpump after a series of bad treatment towards female co-workers and questionable actions after he consumed too much alcohol. Now, fans have been wondering where they can see James Kennedy DJ. It seems like nothing keeps the Vanderpump Rules star down for long.

Since its start on the Bravo reality series, See You Next Tuesday became a staple for Pump Rules fans in West Hollywood. It was difficult for viewers to believe that James would be wrapping up his time at SUR. But, following the news of James' dismissal from Vanderpump Rules, Refinery29 confirmed that this was the end of See You Next Tuesdays, as a server revealed that SUR was "no longer doing an event on Tuesdays.”

So where can fans see James now that See You Next Tuesdays have come to an end? If you keep close tabs on the DJ's social media, he has had a few shows scattered throughout the U.S.

The self-proclaimed "white Kanye" was recently seen performing in Atlanta, New York City, Arizona, Texas, and Oklahoma. James also announced that he would be performing at Shamrock Fest in DC on Mar. 23.

While it's clear that James has been scheduled to perform in places that aren't SUR in 2019, the Vanderpump Rules star was rehired and there's still a chance you can catch a set in the future.

In Dec. 2018, long after James was fired from SUR on-camera, James tweeted that he was still working at Lisa Vanderpump's establishment.

"Yo! Hello! I’m DJ’ing At SUR today and I’m gonna freestyle my heart out. For real though. I’m spinning at 4pm. Come to SUR today," the DJ wrote in all caps.

Then in the Feb. 18 episode of Vanderpump Rules, Lisa brought James back, confirming that James' departure from SUR wasn't for very long. In an interview with Hollywood Life, Lisa revealed that she was giving James another chance and that "he's got a lot to offer."

“His story is a very interesting story to be told, but it will not be one-dimensional. I will give you the whole story, and there’s a lot of good in that boy, and there’s a lot of good in that young man,” Lisa continued. “If we can just knock the cr*p out of his choices, he’s young, I think he’ll be OK. But drinking is his enemy, and I’ve tried to explain that to him. But one-dimensional characters, that’s not the whole story, it’s not.”

So it appears that James still has a job with SUR and Lisa has his back. While he continues to have a career outside of the WeHo hot spot, it's also likely that you'll get to see him spinning at SUR from time to time, whether or not that's apart of a See You Need Tuesday set.