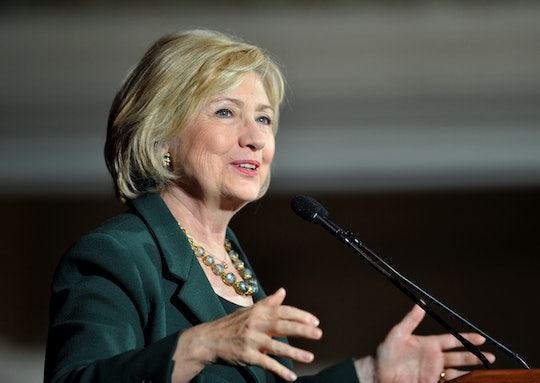 Where Did Hillary Clinton Go During The ABC Democratic Debate? Twitter Has A Few Theories

During ABC's Democratic Debate on Saturday Dec. 19, a notable candidate was missing. At the tail end of a commercial break, many viewers found themselves asking the question, "What happened to Hillary Clinton during the debate?" After a brief break, ABC returned to the debate, being held at Saint Anselm College in Manchester, New Hampshire, with one notable candidate missing. Instead of waiting, the moderators continued on as scheduled, noting that they would address the former Secretary of State Hillary when, and if, she re-joined the stage. Clinton did soon walk on stage, shortly after the questions continued, adding fuel to the fire of curious cats around the country.

We may not know exactly why Hillary was late to the debate stage, but does it really matter at this point? She still brought the heat, she still represented her party to the best of her ability and she still ended the night saying, "May the force be with you." It doesn't get any better than that, folks.