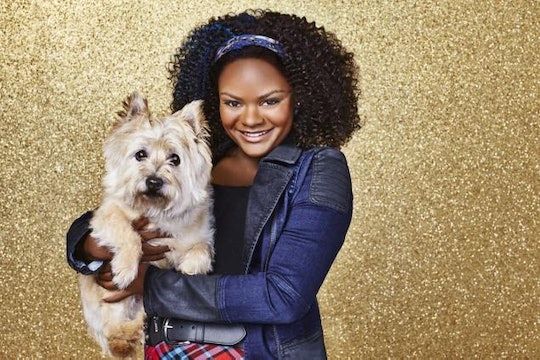 Where Did Toto Go On 'The Wiz Live!'? The Favorite Character Disappeared After the First Act

The cutest canine addition to The Wiz Live! appeared briefly at the beginning of the live NBC production, caused some chaos as he ran about, and then... disappeared entirely. I'm totally loving the production of the show — which comes complete with all-stars Queen Latifah, Common, Ne-Yo, and more — but where is Toto on The Wiz Live!? It looks like Toto only made it into the first scene in Kansas and the final scene of the show. It appears Toto, played by 10-year-old rescued Cairn terrier Scooter, will not be making it to much of Oz and the Emerald City this time around. (Update: Toto, after enjoying his time backstage, returned in one of the final scenes of the show!)

Scooter's trainer, Bill Berloni, told The Wrap that this show wasn't particularly difficult for Scooter, due to the few amount of scenes he's in: "This is a piece of cake." However, in the touring version of the MGM film, Berloni and his six dogs that play Toto do a lot more. There, the dogs head to Oz and accompany Dorothy on her journey, giving them much more to work with.

Scooter is doing an awesome job, regardless of his small amount of scenes. The terrier was only adopted a few months ago, and he's already acting on Broadway, along with his backup — and brother! — Ralphie. Berloni said the dogs were chosen for their smarts and their ease with people, and we're glad he did! We're looking forward to the dog's big return at the end of the show — hopefully. In the meantime, let me know if you've seen him.