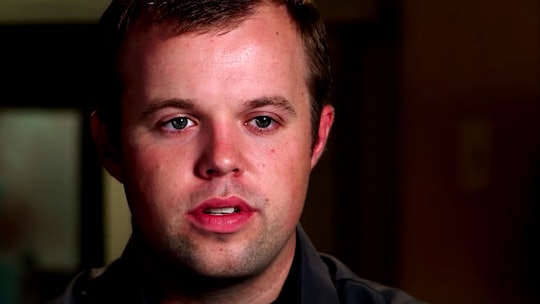 Jim-Bob and Michelle Duggar have raised their family of 19 in a large home in Arkansas. But, as they've gotten married and started families of their own, many of the older Duggar children have since moved out of the family's home and laid down roots elsewhere. However, if Counting On fans were curious about one of the oldest siblings and where John-David Duggar lives, it might not be too surprising to find out where he likely calls home right now if you're familiar with Duggar traditions.

While some of the older Duggar siblings have husbands and started lives of their own, that isn't the case for all of the Duggar siblings, who range in age from their 30s to 8 years old. John-David is 28 years old himself, but hasn't necessarily followed in his siblings' footsteps. But because John-David is a Duggar, he isn't like most other 28-year-olds. In the United States, many people his age will have graduated college and started living on their own, but things run a bit differently in the Duggar family.

It's likely that John-David still lives at home, especially since, according to In Touch Weekly, the Duggar children don't move out of the family's home until they get married to start families and lives of their own. And as of now, John-David is currently single, according to International Business Times, so he is likely staying at his parents' place until further notice.

But it does appear that John-David has his own home in Arkansas (or had a home at one point), even if he doesn't necessarily live in it at the moment. In 2013, Michelle wrote in her blog on TLC's website that John-David "has got a job and a home." "He's leasing that home out as rental income and setting the money aside," Michelle wrote.

It's a good thing that John-David's job doesn't necessarily require him to live outside the home. In 2015, Jim Bob wrote on the family Facebook page that John-David had just finished up his pilot's license and was "staying busy" with construction and "police work," according to In Touch Weekly. But it isn't exactly clear how he makes his money with these projects that he has. Not to mention, none of the Duggar siblings have graduated from traditional college. Because of this, it's probably good that he is living at home and enjoying his life there, rent and/or mortgage free.

But that isn't to say that John-David won't be moving out of the house soon. It was rumored last month that John-David was secretly courting and that it would be documented on Counting On. During an interview with TLC ahead of this most recent season of Counting On, John-David revealed that he is hopeful for his future, saying, according to In Touch Weekly:

One day, you know, the Lord will bring the right one along and then I'll start a family and hopefully be able to invest in their lives and raise a generation that will be great in this society.

But when it came to confronting the question as to if he was courting anyone and getting ready to move onto that next stage in life, John-David revealed that he is not seeing anyone, but he is "praying about it."

But it's not that John-David should want to move out of the family home. The Duggar family home in Tonitown, Arkansas is a 7,000 square foot custom home that was built in 2006, according to In Touch Weekly. Over the years, the home has been renovated and has some pretty cool features, like a walk-in pantry, cafeteria, and playroom, the publication reported, which sounds better than any bachelor pad to me.

When John-David is ready to start a family, it is likely that he will move out of his family's house. But until then, it sounds like he is taking his time and there is absolutely nothing wrong that.