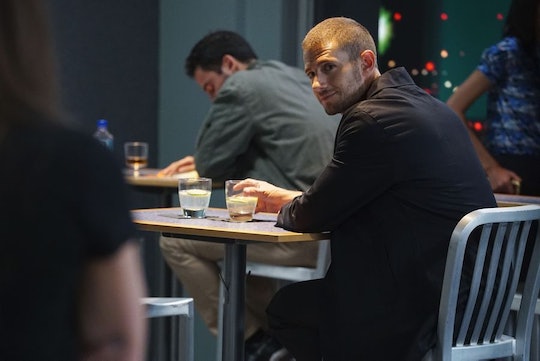 The final 10 episodes of Pretty Little Liars is bringing back a lot of old favorites including a certain doctor. No, I'm not talking about fake doctor Rollins, who is really, truly dead. I'm talking about Melissa's (and Spencer's and kind of Hanna's) ex Wren. So where has Wren been on Pretty Little Liars? Well, that is the million dollar question.

It seems fair to assume Wren has been in London this whole time. The last thing fans heard about him was he and Melissa broke up after Charlotte told him what Melissa had done to Bethany Young. That was back in Season 6 and there hasn't been much other news about him, though fans have suggested that he may be related to or have some connection to Rollins/Archer Dunhill since they're both British and super shady. Still, this has yet to actually be confirmed.

Many fans also theorize that Wren is A.D. for a multitude of reasons. Fans first suspected he was "A" back in Season 6, but that turned out to be Charlotte "CeCe" Drake, of course. Still, fans can't let go of the idea that Wren is somehow involved in everything that has happened to the Liars. He's always been around, he worked at Radley, he always seemed a bit shady, and he was involved with Melissa and Spencer, and very much wanted to be involved with Hanna as well. Besides, if he's not somehow connected, what would be the point in bringing him back to Rosewood now at the very end of the series?

The reason behind Wren's return is certainly unclear. In a sneak peek, it's revealed that he has a layover at the airport so he and Spencer decide to get a drink. If he's really only there because of a layover it seems like Wren will only be around for one episode. However, according to IMDB, Wren will be in two more episodes this season, including the series finale. So what is Wren up to and is he lying to Spencer when he says he's just there because of flight scheduling?

Wren's clearly up to something, but does that really mean he's A.D.? It's hard to say for sure. Thankfully, this is the season of answers so hopefully all will be revealed soon. For now though, it'll be interesting to see what Wren's return means for the Liars and if Spencer will tell her friends he's back in town.