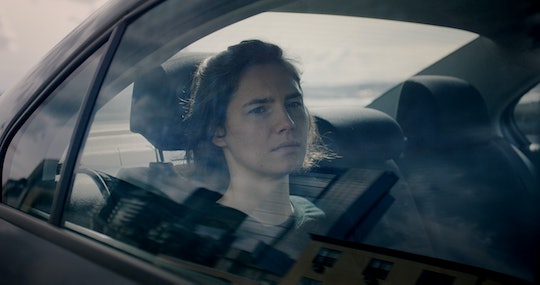 Where Is Amanda Knox Now? The Seattle Native Returned Home

Following two high-profile trials and years in the public eye, Amanda Knox has led a largely quiet life in the years since she was released from prison and then acquitted of the murder of her roommate, Meredith Kercher, by the Italian courts. Though she was not definitively acquitted until March 27, 2015, Knox had been released from Italian prison nearly three-and-a-half years earlier, and has been back in the United States since that time. But where is Amanda Knox now? The 29-year-old is rebuilding her life in her native city.

According to a Rolling Stones profile of Knox's case from June 2011, months before Knox's first acquittal, she grew up in west Seattle, specifically in Arbor Heights. She remained local for college, attending the University of Washington. By her junior year, she'd decided to study abroad in Perugia, Italy, which is where she met Kercher. The two had only known one another for several weeks before Kercher was found, stabbed to death, on Nov. 2, 2007.

Knox and her Italian boyfriend at the time, Raffaele Sollecito, were charged with the murder and found guilty of "sexual violence and murder" in connection with Kercher's death, on Dec. 5, 2009. The Italian prosecutors alleged that the two had committed the murder alongside an acquaintance, Rudy Guede, who was tried and convicted separately, as part of "some kind of sex game," according to BBC.

Knox and Sollecito were acquitted after an appeal in October 2011, but re-tried and found guilty once again in 2014. Between her initial 2011 release and her final 2015 acquittal after the re-trial, Knox had returned to Seattle and remained there, finishing out a creative writing degree at the University of Washington, according to a profile by The Guardian journalist Simon Hattenstone. At the time of the profile's writing in 2014, Knox was living with a boyfriend in an apartment near her school.

Nowadays, Knox is still living in the Seattle area and writing for a local paper, covering the arts beat with theater reviews and book reviews since 2014 for the West Seattle Herald and Westside Weekly. She writes a regular column called "Amanda's View," and, earlier this summer, she moved in with her partner, writer Christopher Robinson. Earlier this month, Knox flew into Toronto to promote the documentary based on her story for its world premiere at the Toronto International Film Festival.

The new Netflix documentary Amanda Knox is set to shed light on the years-long case and multiple trials and to shed light on Knox herself. The dual trailers released earlier this summer emphasize the "Guilty or Innocent?" aspect of the case that much of the public is still at odds about the crime.