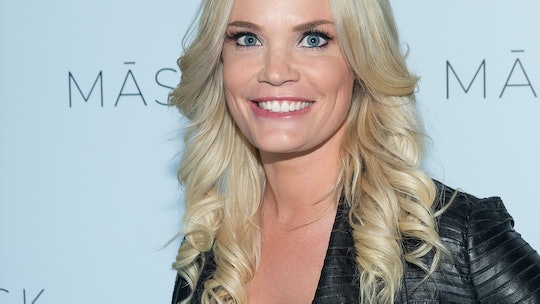 Ashley Checks Into Rehab After '90 Day Fiance' & Divorce From Jay

Whether you find them infuriating or endearing, Ashley Martson and Jay Smith have sparked some major drama on TLC's 90 Day Fiancé: Happily Ever After? Throughout the fourth season, the reality stars filmed the ups and downs of their relationship as well as Ashley's ongoing battle with lupus. But as the series draws closer to the season finale, it's only natural that fans are wondering where Ashley is after 90 Day Fiancé. Unfortunately, it does not look like "happily ever after" is in the cards for this reality couple.

On Jun. 14, E! News reported that Ashley is headed to rehab for depression following her divorce from Jay. The 90 Day Fiancé star also opened up about her decision to pursue inpatient treatment. Ashley said:

A lot of me deciding to seek inpatient help had to do with Jay [Smith], but I was kidnapped and raped in 2005. I am always in fight or flight mode, I am always on edge and I have never ever gone to therapy over it.I realized after three failed relationships, that it's not all of them, and I need to work on myself. And I realize all of my failed relationships do go back to what happened when I was 19. And it's time I deal with it.

Still speaking with E! News, Ashley revealed that she didn't seek treatment until her marriage with Jay fell apart.

"I don't think I actually felt depressed until my divorce with Jay. I have never dealt with anything like I have been feeling right now, with Jay," she said. "Jay wants to work things out but I am not interested at this point. I am trying to cope and move on from what I thought was going to be the marriage of a lifetime, and it's not."

Nonetheless, the reality star is using her time away to work on herself and move forward. According to Radar Online, Ashley intends on attending a "mental wellness retreat for women in North Carolina," starting on Monday, Jun. 17.

"At this time, I'm focusing on my happiness and my future to better myself," Ashley told the publication. "I appreciate the support from TLC and the audience of 90 Day Fiancé."

Then when Ashley confirmed the news to fans on her Instagram page, the 90 Day Fiancé star shared that she was taking the steps to better herself and "to live a more peaceful life."

"I have a lot of ways about me that need to change before I can genuinely be happy or hold a happy relationship," Ashley wrote, per Newsweek. "I'm struggling more than any of you will ever know. I put on a good face for people."

It goes without saying that Ashley and Jay are no longer together. And while the news of Ashley's depression and trip to rehab is disheartening to fans of 90 Day Fiancé, I'm just happy that she's putting herself — and her mental health — first.

90 Day Fiancé: Happily Ever After airs Sundays on TLC.