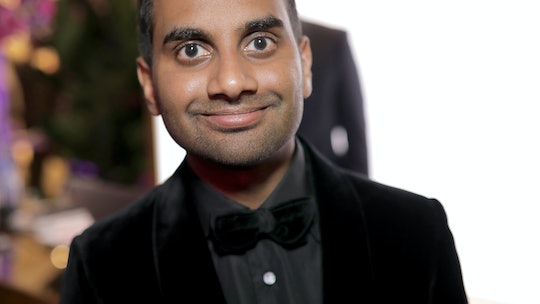 In Case You Were Wondering: 'Right Now' Shows What Aziz Ansari Has Been Up To

Everyone might be itching for news about Master of None Season 3, but Aziz Ansari is making his big Netflix return with the comedy special titled Aziz Ansari: Right Now. The Spike Jonze-directed piece marks the comedian's first major television debut following allegations of sexual misconduct in Jan. 2018, and with the special's premiere upon us, fans have been wondering where Aziz Ansari is now. Right Now shares what the Parks and Recreation star has been up to for the past year.

More Like This
What To Stream Right Now For Kids Who Love History
Exclusive: Cookie Monster Puppeteer Tells Us Why Kids Will Love His New Show Donkey Hodie
Kick Off Summer With These Classic & New Family-Friendly Movies
Here's Everything We Know About 'Black Panther: Wakanda Forever'

Although Ansari managed to stay out of the spotlight when it came to television and film, the comedian has been on his "Road to Nowhere" stand-up tour since Aug. 2018. According to The Hollywood Reporter, the new comedy special is based on the worldwide tour, and was filmed during one of the Brooklyn Academy of Music tour dates in May 2019. Ansari wrapped up the tour on Jul. 7 in Monticello, New York, with the stand-up special premiering days later.

On Monday, Ansari celebrated the last leg of his tour on Twitter and Instagram by promoting Right Now. "ROAD TO NOWHERE TOUR IS DONE," he wrote. "Thanks to everyone who came out to see the tour. I dedicated the special to all of you. It’s on @netflix July 9. Hope you like it."

In the now-infamous babe.net article, called "I went on a date with Aziz Ansari. It turned into the worst night of my life," a woman with the pseudonym Grace accused Ansari of sexual assault and questioned the actor's — and society's — understanding of consent. Following the viral accusation, Ansari released a statement expressing his point of view. However, he hasn't openly discussed the topic since. That said, it has been reported that Ansari addresses the allegations throughout his "Road to Nowhere" set — sort of.

In a review for Ansari's show in Medford, Massachusetts, Anna Silman from The Cut explained that the performance felt like a response to the babe.net article, even if it wasn't directly mentioned.

"The set revolved around the question of cultural forgiveness, and the idea that we’re all flawed people who make mistakes and that the knee-jerk 'cancel culture' that we all participate in only serves to exacerbate divisions," wrote Silman. "He also hinted at his own complicity in a world that’s sexist and racist and problematic in all kinds of ways, without explicitly dissecting how or why that was the case."

Meanwhile, The Guardian's Greta Parry shared that Ansari's show was more than just a #MeToo comeback. The review admitted that while the comedian's ability to address the allegations weren't "perfect," Ansari still managed to come off as inexplicably human — flawed, but honest.

"Like the allegation against him, Ansari resists easy categorisation, oscillating between good and bad, grateful and angry, offended and offender," Parry wrote. "With Road to Nowhere, he invites his audience to do the same. It was an uncomfortable space to sit in at times, but it was undeniably real."

Not going to lie, it sort of feels like Netflix might be testing the waters with Right Now before releasing anything in regards to Master of None Season 3. Nonetheless, the new comedy special will be interesting to say the least. Aziz Ansari: Right Now is now streaming on Netflix.