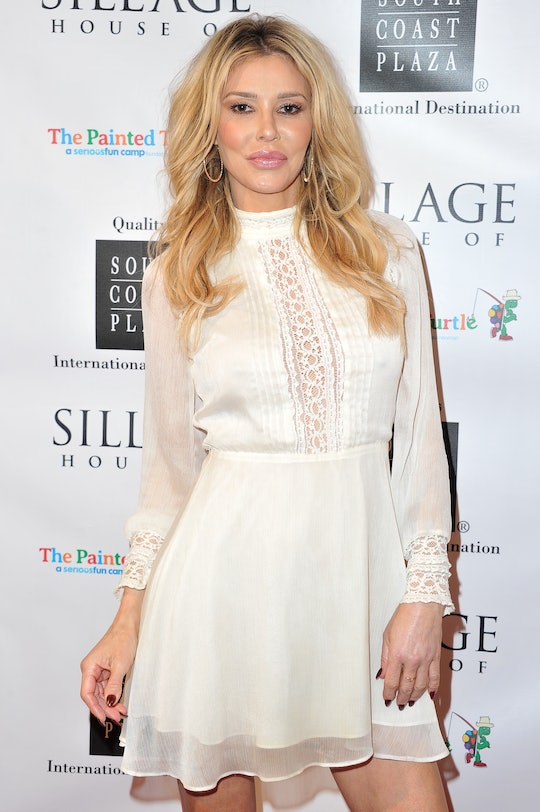 Here's What Brandi Glanville Has Been Doing Since She Left 'RHOBH'

Brandi Glanville hasn't held a diamond since Season 5 of The Real Housewives of Beverly Hills, but with her reappearance this season, fans may be wondering where Brandi Glanville is now. The former Housewife has been making the reality show rounds, chatting about her famous exes on Watch What Happens Live, and even peacefully coparenting with her ex's new wife, LeAnn Rimes.

After her Real Housewives tenure, Brandi appeared on a number of reality shows (most of them competitions) with varying levels of success. In 2015, she appeared on Celebrity Apprentice Season 7; in 2016, it was E!'s Famously Single; in 2017, it was Fox's My Kitchen Rules and Celebrity Big Brother UK; and in 2018, it was Celebrity Big Brother US and Marriage Boot Camp: Reality Stars Family Edition. She appeared on the latter with her father hoping to mend their relationship, and although things did briefly improve during filming, Brandi told Entertainment Tonight that, after the show aired, she and her father fell out of contact again.

On the bright side, her relationship with her ex, Eddie Cibrian, seems to be faring much better than it has in recent years. After the pair acrimoniously split over his affair with Rimes, Eddie and Rimes got married in 2011, according to People. This year, Brandi, Eddie, and Rimes all celebrated Easter together with their two kids, Mason and Jake; Rimes captioned the Instagram post documenting the adventure with "our awkward family Easter."

Brandi's fiercest enemy when she exited RHOBH was Lisa Vanderpump, and at the time, going up against the OG Housewife and unofficial matriarch of the show was a one-way ticket to not getting your contract renewed. But this season, LVP is the one on the outs with the cast. More women on the show than ever have turned their backs on Lisa, and Brandi is feeling, in a word, smug about it.

"Lisa Vanderpump is a manipulative person, and when I was on the show, I did a lot of her dirty work for her. I finally realized it and I started calling her on her sh*t and I had no backup, zero, and that got me no job. I was let go," she explained in a March episode of her Brandi Glanville Unfiltered podcast. "It’s just so refreshing to see all of these girls finally figuring it out."

But having more allies against LVP is not enough to get Brandi back on the show. Andy Cohen has always been pretty clear about what it takes to be invited back into the Real Housewives fold: you have to have a legitimate friendship with at least one of the women already on the show to be worked back in.

"The problem is, [Brandi's] not connected with any of the women," Andy told Entertainment Tonight last year. "If somehow Brandi and [Lisa Vanderpump], or Brandi and Kyle [Richards], or if she wound up legitimately becoming good friends with a few of those women, then I think that would be great. Then we would bring her back. Right now...she’s still on an island."

She does appear in Season 9 having drinks with new Housewife Denise Richards, but is that enough to bring her back for good? It's possible that as LVP falls out of favor with the group — and, indeed, struggles with maintaining her own position on the show — that an opening may present itself for Brandi. In the meantime, you can catch her Season 9 appearance when RHOBH airs Tuesday nights on Bravo.