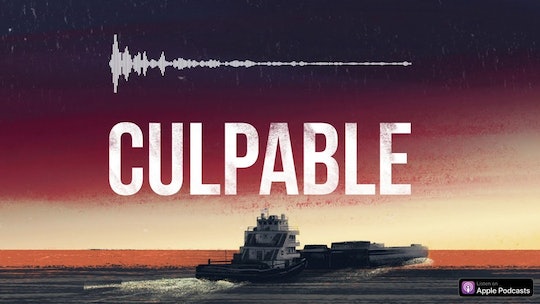 Where Is Dylan Swearingen Now? 'Culpable' Investigates His Statements

For 15 episodes, Culpable, the newest true crime podcast from Black Mountain Media and Tenderfoot TV, has investigated the death of 21-year-old Christian Andreacchio, the suspicious circumstances surrounding it, and those who were with him the day he died on Feb. 26, 2014. While Culpable uncovered a lot of intriguing details surrounding the case, some listeners may be wondering where Dylan Swearingen is now.

Swearingen made the 911 call the day Andreacchio was found dead from a gunshot wound to the head. As such, Swearingen was featured quite a bit in the podcast, which aired its season finale on Sept. 16, and a team of private investigators even tried to track him down in Meridian, Mississippi, for an interview. Culpable, however, was unable to gain contact with Swearingen or Whitley Goodman, Andreacchio's girlfriend, who was also with him the day he died.

Culpable's recent investigation suggests that Swearingen still resides in Meridian, Mississippi, but he's kept a low profile as the investigation into Andreacchio's death, which was ruled a suicide after a 45-minute investigation, has continued on. Swearingen doesn't appear to have a public social media presence, and a Twitter account tagged by Goodman back in 2013 that appears to have been Swearingen's notes that it's been suspended.

While Swearingen's name has been back in the news due to the Culpable podcast, an arrest/release report from June 2019 indicates a man named Dylan Swearingen from Meridian was arrested on June 17 for "contempt of court." Additionally, according to The Meridian Star, it appears Swearingen was arrested for "simple assault" on June 28.

Before the Culpable podcast, Swearingen was featured in an episode of Crime Watch Daily in June 2017. At the time, producers attempted to get a comment from Swearingen regarding Andreacchio's death, but he was unwilling to speak with them.

Romper has reached out to Swearingen as well as J. Stewart Parrish, an attorney who previously represented him, for comment, but did not hear back at time of publication.

Culpable investigates Swearingen's whereabouts the day Andreacchio died and statements he gave police. Swearingen had picked Andreacchio up from his job on a tugboat and, hours later, called 911 to report Andreacchio's death, telling dispatchers he discovered that Andreacchio had shot himself in the upstairs bathroom of his apartment, according to the Herald Guide. (Episode 9 of Culpable, reexamines Swearingen's alibi and conversations with investigators.)

Andreacchio's family, however, does not believe his death was a suicide, according to WTOK, and hopes the case will be re-opened. Andreacchio's parents, Rae and Todd, as well as forensic experts who've looked into the case, have said they believe evidence suggests he was murdered. "Looking at all of the evidence, in my opinion, the manner of death of Christian Andreacchio is homicide," Dr. Jonathan Arden, a forensic pathologist, says in episode 8 of Culpable.

In January 2017, a judge issued arrest warrants for Swearingen and Goodman, but no arrests were made at the time. Later in 2017, the case was presented to a grand jury, which decided not to indict them in the death of Andreacchio, citing that they "did not sufficient evidence," according to The Meridian Star.

You can listen to all episodes of Culpable now.