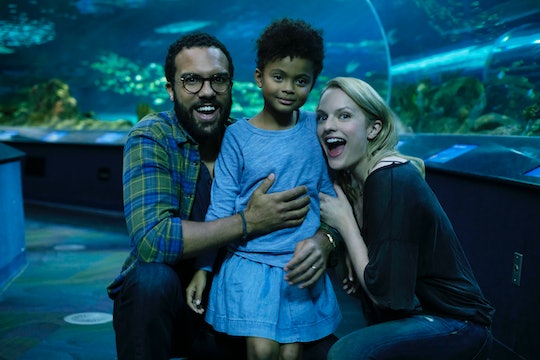 At the very end of the sixth episode of The Handmaid's Tale, "A Woman's Place," (spoilers ahead!) June tried to reach out for help by sharing the daily brutality of her life with an ambassador visiting from Mexico. The ambassador felt she couldn't help, prizing the need for healthy children over June's personal safety, but her assistant Mr. Flores was a different story. He offered to get a message to June's husband. When she informed him that Luke was dead, Mr. Flores told her the opposite was true: Luke was alive. But if that's really the case then where is Luke on The Handmaid's Tale?

Mr. Flores seemed to have quite a lot of information about June and Luke. He knew her real name without having to be told, and he also knew Luke's full name as well as his date and place of birth. However, Mr. Flores didn't tell her where Luke was. He only said he might be able to get a message to Luke. It was a major shock to both June and the audience, because up until that point there was no indication that Luke had survived his and June's attempt to flee the country. Though she hadn't actually witnessed his death, she did hear shots being fired. There was no way to know for sure what happened to Luke, but it definitely looked like that he had been killed.

Mr. Flores' information opened up a lot of questions about what happened to Luke and where he was. Throughout the season, Luke had only been present in flashbacks, part of June's memories of her happier, freer past. The same was true in the original novel, where it also seemed certain that Luke had died in the escape attempt. June never saw him again in the book, but the Hulu series has added things and elaborated on the book in many ways. Luke's fate has definitely been altered.

Without any solid information, the audience can only speculate about where Luke ended up. Luke may have been imprisoned for some time, because it would be difficult to imagine that the Republic of Gilead would let his attempt to smuggle a potential Handmaid out of the country go without punishment. But it seems like a few years have passed since then (based on the length of June's hair if nothing else) and there's no telling what may have happened to Luke in the interim.

But it does seem like he's involved in the resistance. The resistance group Mayday has been an ongoing thread throughout the series, with members showing up unexpectedly from time to time. Mr. Flores may be connected to Luke through the same group. If that's the case, then there could be a light at the end of the tunnel. It's dangerous to hope for much in Gilead, but knowing Luke is alive makes it hard not to hope for something.