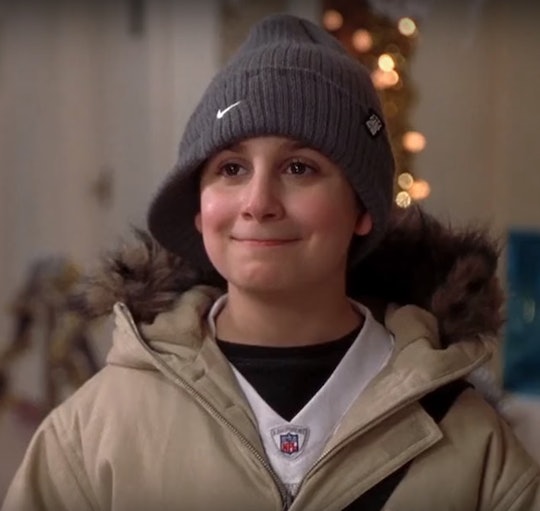 Here’s What The Kid From 'Elf' Looks Like Today

Your fondest memory of Elf might be how those yellow tights really showed off Will Ferrell’s height or the fact that Zooey Deschanel was almost unrecognizable as Buddy’s love interest, Jovie. But the timeless Christmas movie really wouldn’t have been the same without Buddy's younger brother, Michael, who helped make their dad believe in the magic of Santa and basically saved Christmas. But where is Michael from Elf now? Buddy’s brother is all grown up and has left the acting world behind him, but judging by the path he took after he left the business, I don’t think there are any regrets on his part.

In real life, Buddy’s brother was played by Daniel Tay, who was just 12 years old when Elf was released back in 2003. Since he was very new to acting at the time, he probably had no idea that the movie would the beloved holiday favorite that it is today. Following the film's release, Tay went on to appear in the movie Beer League in 2006 and then Brooklyn Rules in 2007. He also lend his voice to a couple of video games, though he left the entertainment industry shortly after that in order to further pursue his education.

In fact, Tay graduated from Yale with his B.A. in Economics in 2014 according to LinkedIn. So clearly leaving his short-lived acting career behind did little to hinder any success for his future. But that’s not to say the now-26-year-old couldn't totally slide back into the business with his boyish good looks if he really wanted to.

Upon graduating from Yale, Tay began working for Veritas Prep, a consulting company that works with schools for test preparation, as an SAT and ACT instructor. According to his bio on Veritas Prep’s website, Tay more than earned the job he has with the company. While he attended Yale, Tay also worked as a peer tutor and teaching assistant in the computer science department and earned the Richard U. Light Fellowship for his studies in Mandarin Chinese.

As his bio says of the former Elf actor, "He believes that teaching and learning are expressions of the basic human need for mutual understanding. With this in mind, he works with students to cultivate relationships based in clarity, humor, structure, and respect." Sounds like Tay would make Buddy the Elf very proud.

In the movie, Buddy traveled through the "seven layers of the Candy Cane Forest and through the sea of twirly, swirly gumdrops" before he reached the Lincoln Tunnel. But unbeknownst to him, finding his dad wouldn't be as easy as having a snowball fight and hot chocolate. Even though Michael was also resistant to Buddy’s personality and, um, charms, he was the first to really bond with the cheery elf and the two became an adorable pair in the movie.

When it was originally released in theaters, Elf grossed more than $220 million worldwide and has even inspired the Broadway production of Elf: The Musical and Elf: Buddy's Musical Christmas, the stop motion musical TV special that aired on NBC in 2014.

Elf was and will always remain one of the more heart-warming and classic Christmas movies of our generation, but it also had some legit humor tossed in there. And while Michael wasn't the main source of comedy in the movie, don’t count Tay out as far as that’s concerned. While attending college, he was part of Yale’s Just The Tip Stand-Up Comedy and as his Veritas Prep bio says, he still writes in his free time, so there’s a chance this isn't the last we’ve seen of him as an actor. (Hey, you never know!)

But either way, I'm pleased to see that he's doing so well and wish him the very best in his future endeavors.